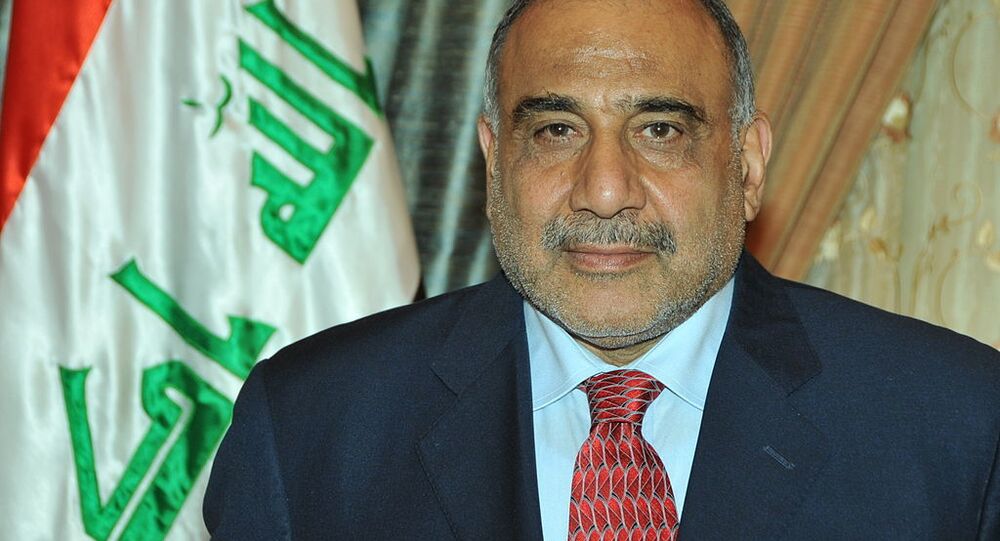 CAIRO (Sputnik) – The Iraqi government has begun working on steps to implement the parliament’s decision on the expulsion of foreign forces from the country, the press service of Prime Minister Adil Abdul Mahdi said in a statement, as regional tensions are rising in the wake of the assassination of Iranian general by the United States in Baghdad.

"Iraqi specialists from various agencies are drafting a document on further legal and procedural actions to implement the parliament's decision to remove foreign troops [from Iraq]," the prime minister said during his conversation with French Foreign Minister Jean-Yves le Drian, as quoted in the statement on Sunday.

The parliament voted to support a resolution recommending that the government recall its request for foreign military assistance on Sunday.

On the same day, the US-led international coalition, operating in Iraq and Syria, said it was suspending its anti-terrorist operations in Iraq, adding that its activities would be focused on protecting US military bases in the country in the wake of the recent attacks on the facilities hosting US troops.

The United States also expressed disappointment over the Iraqi parliament’s decision to recommend that the government ban foreign troops from the country.

The escalation in the region followed the killing of Qasem Soleimani, the commander of the elite Quds Force of the Iranian Islamic Revolutionary Guard Corps, and Abu Mahdi Muhandis, a senior member of Iraq's Iranian-backed Shia Popular Mobilization Forces, by a US airstrike in Baghdad on Friday. The United States believes that both officials were behind the attack on military bases, as well as other activities targeting the United States, in the region.