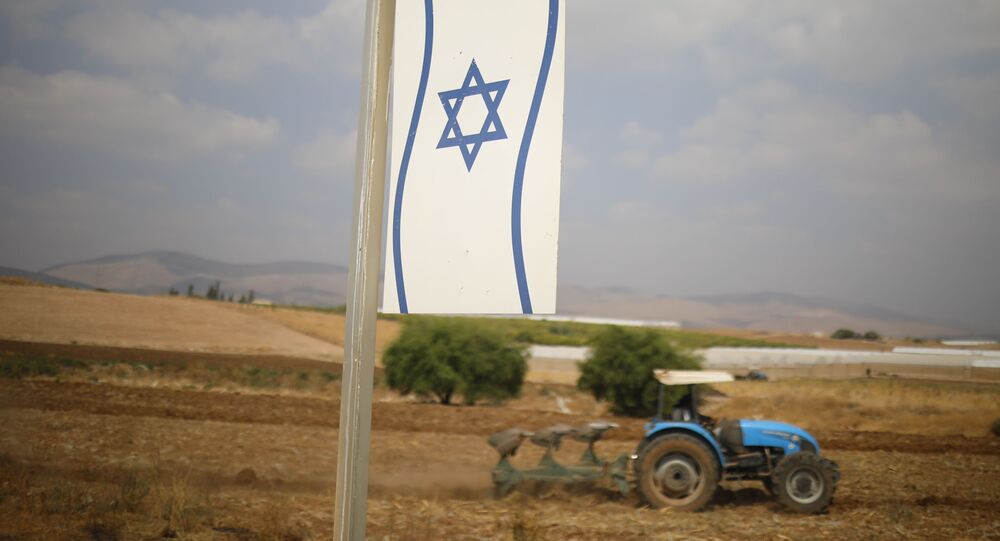 The Israeli prime minister has repeatedly vowed to annex the Jordan Valley as soon as he is re-elected and builds a new cabinet, despite the lack of vocal support from his ally – the US. The latter supported two of Tel Aviv's major claims in recent years – Jerusalem and the controlled parts of the Golan Heights.

The Israeli attorney general’s office has warned Israeli Prime Minister Benjamin Netanyahu that the country might face criminal charges and trial in the International Criminal Court (ICC), if he goes through with his electoral promise of annexing the Jordan Valley, Haarez media outlet reported. Namely, the ICC might indict Israeli Defence Force officers and Israeli mayors on the West Bank territories, the AG officials reportedly said.

At the same time, the attorney general’s office reportedly indicated that while the office itself doesn't object to Netanyahu's possible move, external actors might have a different opinion on the matter.

So far, Israel has largely ignored the legal rulings against its actions on territories it controls, even those issued by UN bodies, such as in the case of the extension of Israeli authority to the Golan Heights, captured from Syria, and with the construction of new settlements in the West Bank.

ICC's head prosecutor Fatou Bensouda expressed concern in light of Netanyahu's annexation pledges, saying his office is conducting a preliminary probe into "the situation in Palestine".

Prime Minister and Likud Party leader Netanyahu used his pledge to annex the Jordan Valley as a campaign pitch ahead of the September 2019 snap elections, promising to fulfil it as soon as he forms his Cabinet.

"It is time to apply Israeli sovereignty in the Jordan Valley and to regularize all communities in Judea and Samaria, those in the blocs and those outside them. They will be part of the State of Israel", he said.

His party, however, failed to get the necessary votes and gather a coalition and he has since renewed his pledge as new snap elections have been set for March 2020.

Netanyahu also recently boasted raising the issue of the Jordan Valley in conversations with US Secretary of State Mike Pompeo and US President Donald Trump, saying that he intends to seize the existing "window of opportunity", but didn't elaborate as to how the US officials reacted to the proposal.

While the US hasn't explicitly expressed support for Israel's plans in the West Bank, US Secretary of State Pompeo did announce that Washington no longer considers Israeli settlements in the territory as necessarily illegal. The Trump administration has already extended strong support for Israeli territorial claims in recent years, namely with regard to Jerusalem and the Golan Heights.