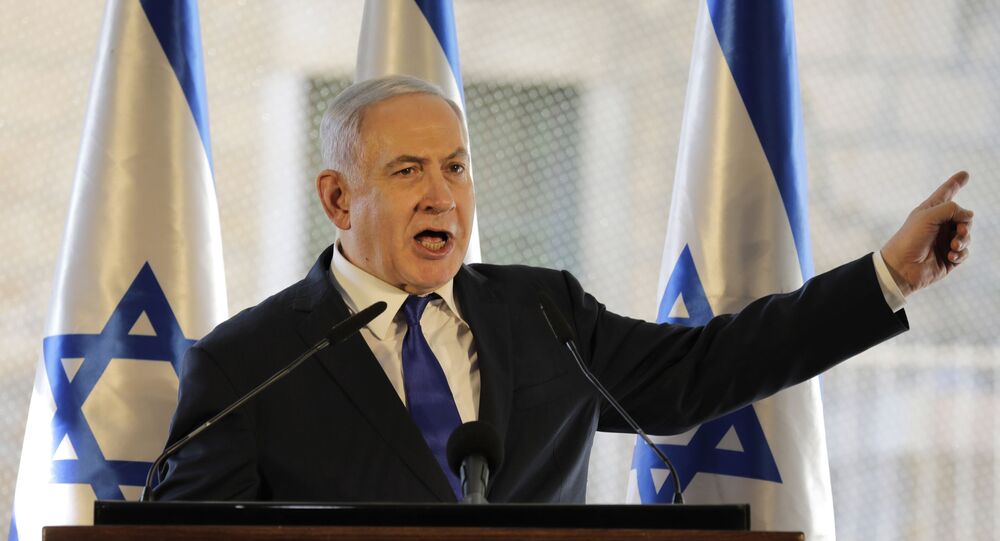 Previously, the Israeli prime minister vowed to annex the Jordan Valley if he is re-elected for a new term, but the latter failed to materialise in the September election. Now he is facing trouble, as Israeli prosecutors have chosen to indict him in several corruption cases, with his immunity yet to be decided on.

Israeli Prime Minister Benjamin Netanyahu has spilled some details about his recent telephone talk with US President Donald Trump, namely saying that the two discussed such vital matters for the country as the fate of the Jordan Valley and a military pact between Israel and the US.

"We also talked at length about historic opportunities that stand before us in the coming months — among them are [establishing] the Jordan Valley as the recognised eastern border of the State of Israel, as well as a defence treaty with the United States", he said.

While Netanyahu didn't reveal how Trump reacted to these "opportunities", he indicated that if Israel earlier "could only dream" of bringing them to fruition, now it has a shot at realising them. He added, though, that it would only be possible if Israeli political forces, namely his Likud Party and Benny Gantz's Blue and White Alliance, unite to form a government and avoid a possible third general election in 12 months.

Gantz has not reacted to Netanyahu’s renewed offer, but previously discarded the idea of building a political coalition with the prime minister, who is accused of corruption. Since making the statement, the corruption cases against Netanyahu have moved forward, with the prime minister being officially indicted on charges of fraud, breach of trust, and bribery.  The PM has slammed the indictment as a "coup attempt".

The official indictment came on 2 December, with Netanyahu having 30 days on him to get immunity from the country's parliament, the Knesset. It is not guaranteed that he will be granted this, however, and some members of Netanyahu’s Likud are reportedly considering ousting him from leading the party.

US "Gifts" to Israel

Netanyahu has raised the possibility of annexing the Jordan Valley twice before, both times ahead of general elections, linking his success to the move. He has claimed he can do it in coordination with US President Donald Trump, although the latter hasn't commented on the statements.

Previously, the Trump administration made two major moves in favour of Israel by, first, recognising Jerusalem as its capital and then by recognising the Israeli claims to the Golan Heights, a part of Syria that Israel has controlled since the end of the Six-Day War. Tel Aviv has long imposed its governance there, despite a lack of international recognition and repeated condemnations in UN resolutions, with the Jewish state arguing that the area is vital to ensuring the country's security.