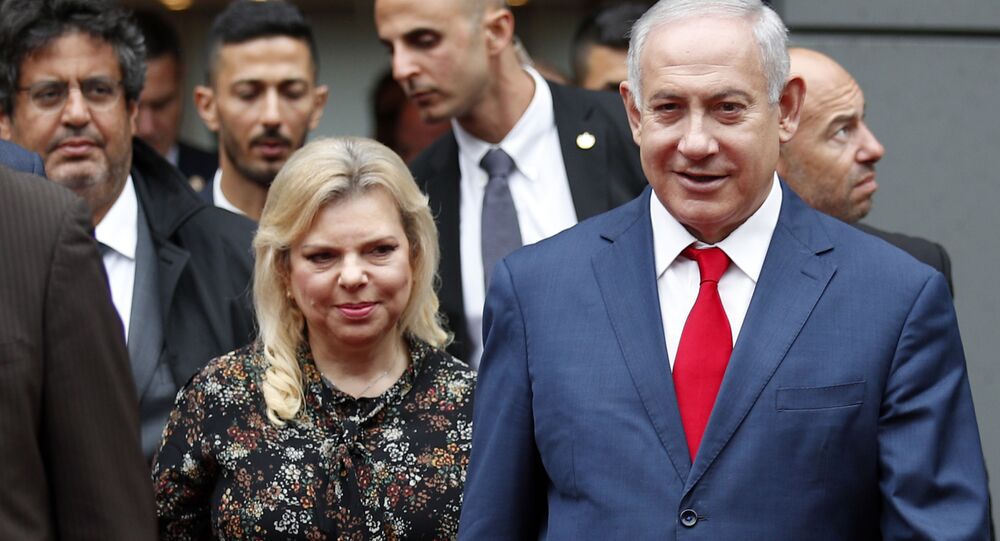 According to Israeli media, Prime Minister Benjamin Netanyahu would have long ago delivered on his promise to seize a part of the West Bank, but for a number of legal complications ahead of the 17 September vote - something the US, which is getting ready to roll out its peace plan, has been informed about.

Prime Minister Benjamin Netanyahu said Wednesday he planned to declare sovereignty over the Jordan Valley, nearly a quarter of the West Bank, but was dissuaded by Attorney General Avichai Mandelblit who supposedly pointed out that the PM has no authority to do so until after forming a new government, The Times of Israel reported.

“I want to act on it immediately”, Netanyahu said in a (Hebrew) video posted to Facebook. “Therefore I wanted to already bring it to the Knesset last week, [but] the attorney general said to me ‘you can’t because it is a transitional government’”.

Netanyahu reportedly attempted to argue the point, but Mandelblit insisted he first needed to get a mandate from the nation. “So here I am asking for the mandate”, Netanyahu noted.

On 10 September, Netanyahu threatened to annex the Jordan Valley and northern areas of the Dead Sea as a first step in claiming sovereignty in the region, with the announcement causing denunciation by the Palestinians and the rest of the Arab world, as well as the UN.

Meanwhile, the Israelis are awaiting the release of the promised US peace plan, with a senior government official sharing with The Times of Israel that there are “legal constraints” stopping Tel Aviv from dealing with the issue before the elections. He further added the Americans are fully aware of the current state of affairs and Israel’s intentions:

“The Americans were fully informed about what was going to be done”, the official said. “We knew what their response would be to the prime minister’s announcement. Everything was done in coordination”.

A Trump administration official reacted to Netanyahu’s Tuesday announcement asserting there had been no change in US policies vis-à-vis the West Bank.

“We will release our Vision for Peace after the Israeli election and work to determine the best path forward to bring long sought security, opportunity and stability to the region”, the official said, speaking on condition of anonymity, as cited by the Israeli edition.

In July, Palestinian President Mahmoud Abbas reacted to Israel’s intention, reportedly threatening to pull out of agreements signed with Israel, including on security cooperation, if Netanyahu makes good on his promise – the key pledge of his election campaign in the run-up to the 17 September vote - to seize new lands in the Jordan Valley and the northern Dead Sea.

Under the Oslo Accords, the West Bank was divided into three parts: Area A, which includes all large Palestinian cities and is under full control of the Palestinian Authority; Area B, which is under the PA’s civilian control and Israeli security control; and Area C, controlled exclusively by Israel.

The Palestinians are seeking an independent diplomatically recognised state that would include the West Bank and the Gaza Strip, with a capital in East Jerusalem, and therefore strongly oppose Jewish settlements there becoming part of Israel.

Netanyahu Says He Expects the US to Stay 'Very, Very Tough' on Iran After Bolton’s Exit