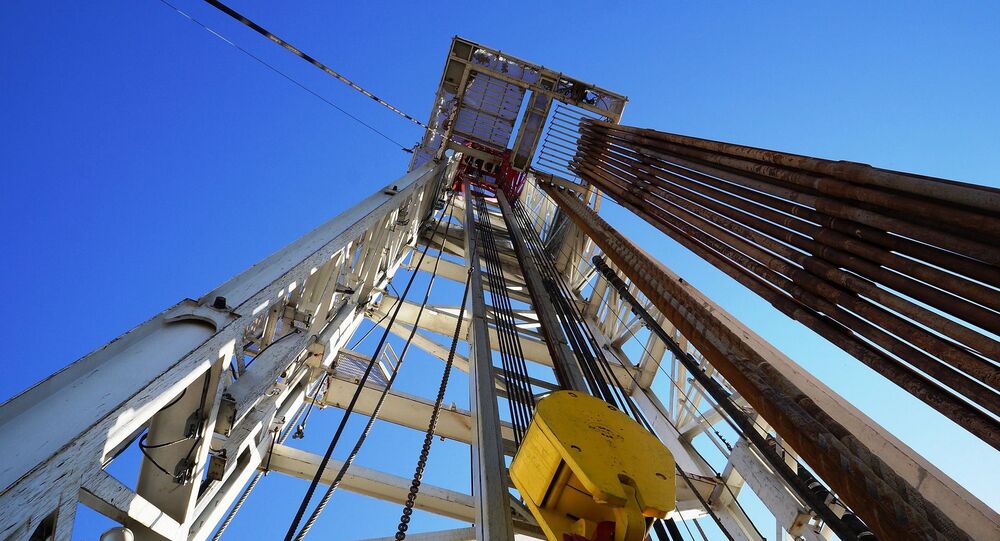 Iran is the fifth-largest oil-producing nation, but has found it more difficult to export oil at full capacity amid increasing isolation from Western countries following Washington's pull-out from the 2015 nuclear deal and imposition of the “toughest-ever” sanctions.

Iranian Vice President Eshaq Jahangiri claims that Tehran is continuing to sell oil, despite US sanctions on its oil exports, Reuters reported.

"Despite America's pressure ... and its imposed sanctions on our oil exports, we still continue to sell our oil by using other means ... when even friendly countries have stopped purchasing our crude fearing America's penalties", Jahangiri said.

He continued on by saying that the US has "failed to bring our oil exports to zero as planned".

The statement comes after US Secretary of State Mike Pompeo said in November that Washington would terminate its sanctions waiver beginning on 15 December and called on Tehran to immediately cease its uranium enrichment activities.

Vahid Salemi
White House Expresses Support for 'Peaceful Protests' in Iran
Washington’s sanctions have hindered Iran in selling its crude oil abroad, cutting into a vital source of government income. While Iranian President Hassan Rouhani guaranteed that the money collected from cutting gasoline subsidies would go to the poor, Tehran also requires cutting back spending in order to overcome the sanctions.

Even with the hike in gasoline prices, Iran still subsidises fuel prices. Its economy continues to be largely state-planned, despite privatisation efforts. Among other major subsidies are bread and wheat, diesel fuel, heating oil, and electricity.

In the meantime, Iranian Minister of Industry and Trade Reza Rahmani promised that prices will not be raised through the end of the current Iranian year, which ends on 21 March. However, the rise in gasoline prices came swiftly and without warning overnight, signalling that further cuts likely would follow the same way in order to attempt and control the outcry.

Nationwide protests in Iraq began in early October, with people demanding the government's resignation, as well as economic reforms, better living conditions, social welfare, and an end to corruption.

The unrest has reportedly left over 400 people killed and thousands more injured.

© AP Photo / Evan Vucci
Pompeo Accuses Iran of Being Behind Recent Israeli-Palestinian Flareup
Roughly a year after Washington's pull-out from the Joint Comprehensive Plan of Action (JCPOA), Iran responded by warning that it would steadily abandon its own JCPOA obligations every 60 days unless the other signatories attempted to save the accord by facilitating oil exports and trade with Iran. It has since been gradually following through on its warnings.

The JCPOA, also known as the Iran nuclear deal, was signed by Tehran, the European Union and the nuclear six — the United Kingdom, the United States, China, Russia, France and Germany — in 2015. It stipulated that Iran considerably limit its nuclear programme in exchange for the removal of international sanctions.

The United States left the deal in May 2018. Other signatories of the agreement condemned the move and expressed their commitment to preserving it.

As part of the maximum pressure on the country, the US has been expanding sanctions targeting Iran's economy, including its oil and metal industries, financial and banking sectors, trade and weapons development, in addition to travel bans and asset freezes.