Tensions between the Gulf neighbours reached new highs in recent months after a string of drone and missile attacks targeting tankers and oil facilities. Last week, the US announced that it would be sending thousands of troops to Saudi Arabia in response to ‘Iranian aggression’ against Saudi oil infrastructure. Tehran has denied any involvement.

Iran is ready to work to improve relations with Saudi Arabia, and to mediate the long-running war in Yemen, but the United States is trying to hinder these efforts, Ali Larijani, speaker of Iran’s parliament, has said.

“If Saudis accept a diplomatic solution, Iran will adopt a mediatory role in the issue of Yemen; but of course, the US thinks that the era of milking Saudi Arabia is not yet over,” Larijani said, speaking with Bundestag vice president Claudia Roth on the sidelines of the Inter-Parliamentary Union conference in Belgrade, his remarks quoted by Mehr News.

According to Larijani, the US was largely responsible for the chaos which plagues the Middle East, including the poor relations between Tehran and Riyadh. “The US is the main reason for the dispute between Iran and Saudi Arabia,” he claimed.

Washington, Larijani alleged, was also responsible for the creation of the Daesh (ISIS)* terrorist organisation, with this effort said to have backfired on them. “They wanted to use [Daesh] as a tool for themselves, but they did not know they pay the price as well,” he said, without elaborating.

The official brought up the Hormuz Peace Endeavour (HOPE) plan, a regional security initiative outlined by Iranian President Hassan Rouhani at last month’s UN General Assembly, adding that this plan was the logical step forward towards lasting security in the region.

“The HOPE initiative, proposed by the Iranian president, aims at maintaining the security of the Persian Gulf, and there is no need for foreign military forces to achieve this aim,” Larijani stressed.

HOPE proposes that regional powers, including Iran and Saudi Arabia, take responsibility for regional maritime security, and rejects the presence of foreign powers in the region, including the recently-established US-led maritime coalition escorting commercial vessels through the Persian Gulf and the Strait of Hormuz.

Tensions between longtime regional rivals Iran and Saudi Arabia have been running high in recent months, most recently exacerbated by a suspected missile attack against an Iranian tanker off the Saudi coast last week. Tehran has said the attack may have been carried out by one or several governments, and that its investigation was ongoing. Riyadh has denied any involvement. 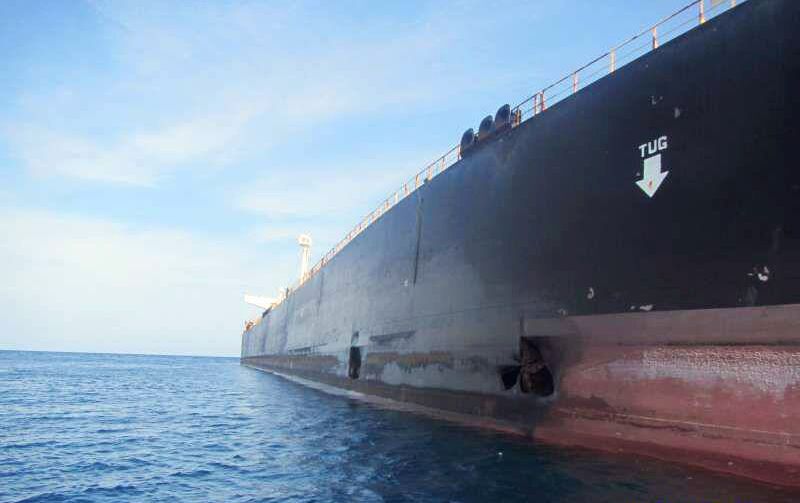 Last week’s attack followed coordinated drone attacks against two major Saudi Aramco facilities in September, which temporarily knocked out half of Saudi Arabia’s oil production. Washington and Riyadh have claimed that Iran was behind the attacks, with Tehran denying these claims. Yemen’s Houthis, a ragtag Yemeni militia which has waged war against Saudi Arabia for over four years, have claimed responsibility for the Aramco strikes, and warned that they would carry out more attacks unless the Saudi-led coalition ended its campaign in the southern Arabian country. Last week, Washington announced that it would be deploying about 3,000 troops, fighters, and air defence systems to Saudi Arabia in the wake of the Aramco attacks, with President Trump later saying that Riyadh would pay for the deployment.