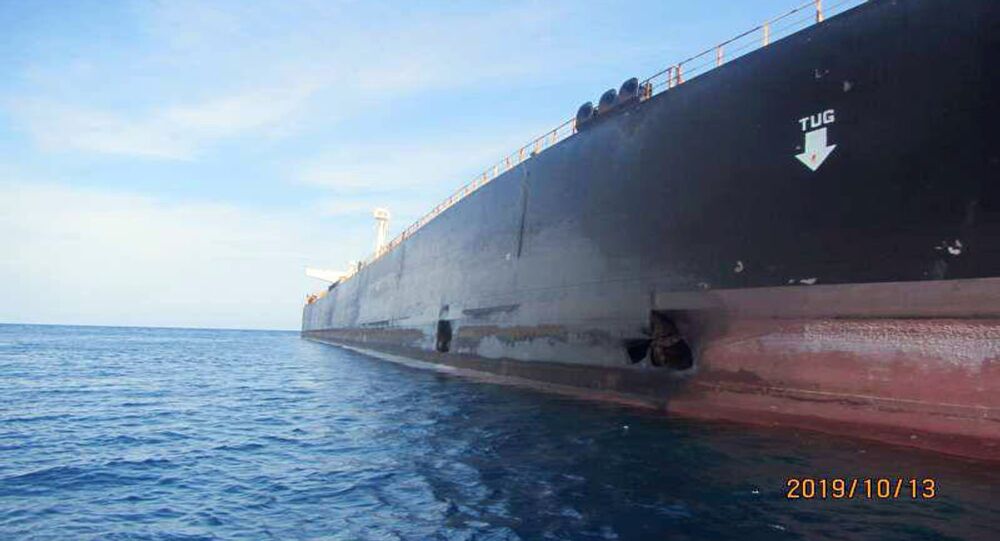 Bidens family has faced a scandal in the light of allegations that Joe Biden pressured former Ukrainian administration into terminating a criminal probe into his son Hunter over Burisma gas company's corruption schemes. The scandal erupted as Joe Biden is trying to secure Democratic nomination for 2020 presidential election.

Iranian Foreign Minister Javad Zarif has stated in an interview with the ICANA News agency that although the investigation into the Red Sea attack on the Sabiti oil tanker is still ongoing, it's already clear that one or several governments conducted it. He elaborated by indicating that the attack was a "complex operation", which could only have been conducted by a state actor.

Zarif further said that it's too early to point the finger at any country since the investigation is not yet complete and all the facts about the incidents have not been reviewed.

The Sabiti oil tanker was hit with two blasts in the Red Sea just 100 kilometres away from the Saudi port of Jeddah on 9 October, reportedly damaging its tanks and leading to an oil spill. The National Iranian Tanker Company (NITC), the owner of the vessel, stated that the blasts were "probably caused by missile strikes", but denied earlier media reports that they came from Saudi territory.

The ship hasn't sustained any critical damage, despite having two holes just above the waterline, and has since been moving towards Iranian waters. It will reach its destination in about a week, the country's officials said.

Iranian government spokesman Ali Rabei has vowed that the country will give an "appropriate response to the cowardly attack", but noted that Tehran will "avoid haste" and will carefully examine the incident, before accusing anyone.

The incident with the Iranian tanker is just the latest in a series of attacks on oil-carrying vessels in the region. Such attacks were carried out against Norwegian, Saudi and UAE tankers off the UAE shore in May. Abu Dhabi investigated the incident and found that a "state actor" was behind it, but failed to determine which one. The US blamed Tehran for previous attacks but kept silence after the blasts that damaged the Sabiti.