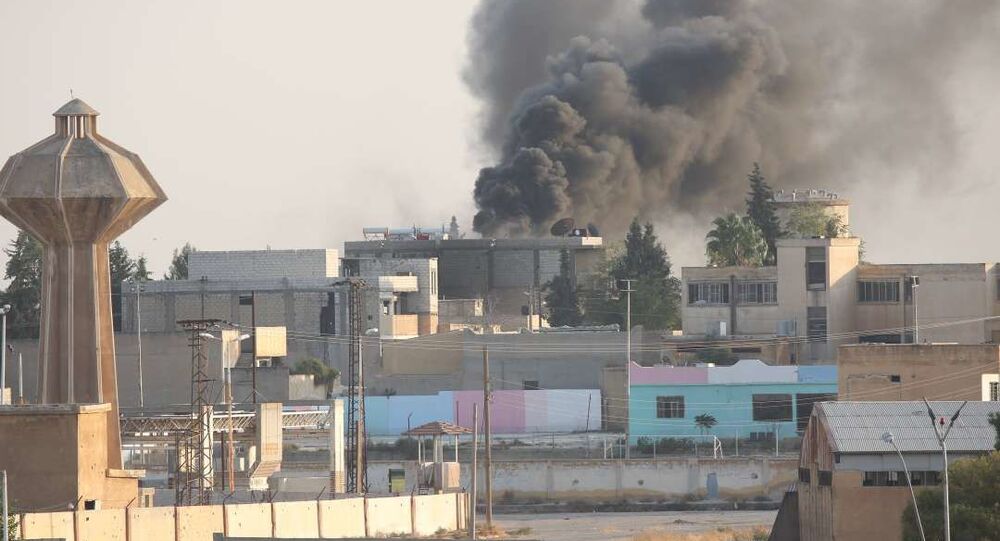 Ankara is pressing forward with its military operation in northern Syria despite harsh criticism from the EU, the United States and the Arab League, who are considering possible sanctions and diplomatic measures against the country.

The Turkish military and local fighters supported by Ankara continue to move ahead with "Operation Peace Spring" in Syria, aimed against the Daesh* terrorist group and the US-backed Syrian Democratic Forces (SDF). A day earlier saw battles in the border city of Ras al-Ayn, as both Turkey and the SDF claimed they had gained control over its centre. According to Ankara, its forces have neutralised 415 militants since the start of the op.

The ground offensive was announced earlier this week by President Recep Tayyip Erdogan, who vowed to continue it despite major pushback from the EU, the US, and Arab States.

According to his Foreign Minister Mevlüt Çavuşoğlu, the op was launched under Article 51 of the UN Charter and UN Security Council Resolutions regarding the fight against terrorism because Turkey considers the Kurdish troops to be affiliated with Kurdistan Workers' Party (PKK) that Ankara has blacklisted as a terror organisation.

Damascus, however, stressed that the operation is another violation of Syria's sovereignty. The Arab League also opposed Ankara on the issue and is considering halting military cooperation and lowering of diplomatic ties with Turkey. At the same time, France and Germany have already halted arms exports to Ankara, urging the Middle Eastern country to stop the offensive.