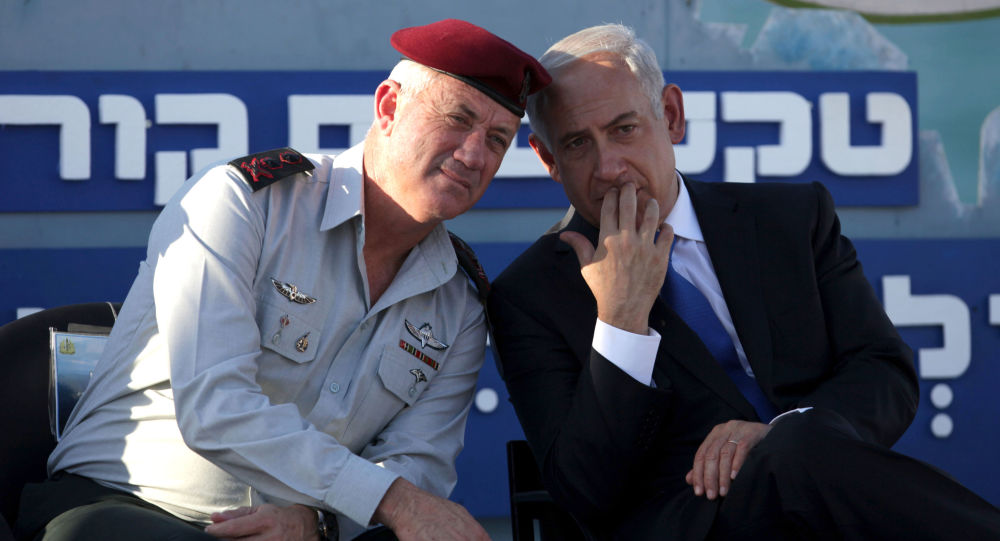 The two parties, who share a similar number of Knesset seats, are at a political impasse, as the Blue and White chief says Netanyahu must not be allowed national leadership due to the latter’s significant legal problems.

According to The Jerusalem Post report, Netanyahu and Gantz, whom Rivlin left alone for half an hour, held talks that were kept secret from the public. The two parties’ negotiating teams will meet on Tuesday, which will be followed by another trio meeting on Wednesday.

“Now, the first challenge is building a channel of direct dialogue out of trust between the two sides,” Rivlin said, according to the Post.

According to the Reuters report, the two leaders discussed a proposal to set up a rotation, with Netanyahu and Gantz replacing each other as Israel's Prime Minister.

The two parties share an approximately similar number of Knesset seats – 33 and 31 for Likud and Blue and White, respectively. With smaller allied parties, the corresponding numbers are 55 and 54. This is still short of a 61-seat majority required for a victory.

The way Netanyahu put it in a closed-door meeting with Likud members Monday, this means a political crisis for Israel - which could take months to resolve.

Unless the two parties come to an arrangement, he explained, Rivlin will give the mandate to one of the two leaders, who will inevitably fail, then the process will repeat with his rival, with predictably similar results. If both attempts fail Israel will be forced into a third election. Therefore, Netanyahu suggested, it would be good to cut straight to the formation of an effective government. The recent elections are the second national elections this year.

“The only government that can be formed is a broad unity government,” Netanyahu said, according to the Post. “To get that government, we need to talk.”

It is currently unclear how the two leaders will come to an agreement, as Gantz is reportedly opposed to having Netanyahu at the helm, citing the Prime Minister’s legal problems and ongoing corruption scandals, according to AFP. Israel’s attorney general recommended an indictment in two cases, one in which Netanyahu allegedly received valuable presents from Israel’s wealthy, and allegedly pursued legislation harming a major Israeli newspaper in favor of his competitor, Yedioth Ahronoth. The final decision on indictment is expected to be made early next month, according to AFP.

Avigdor Lieberman, the leader of Yisrael Beitenu party, which controls 8 seats in Knesset, refused to endorse either of the two parties and called for the creation of secular unity government, which would be joined by Yisrael Beitenu.