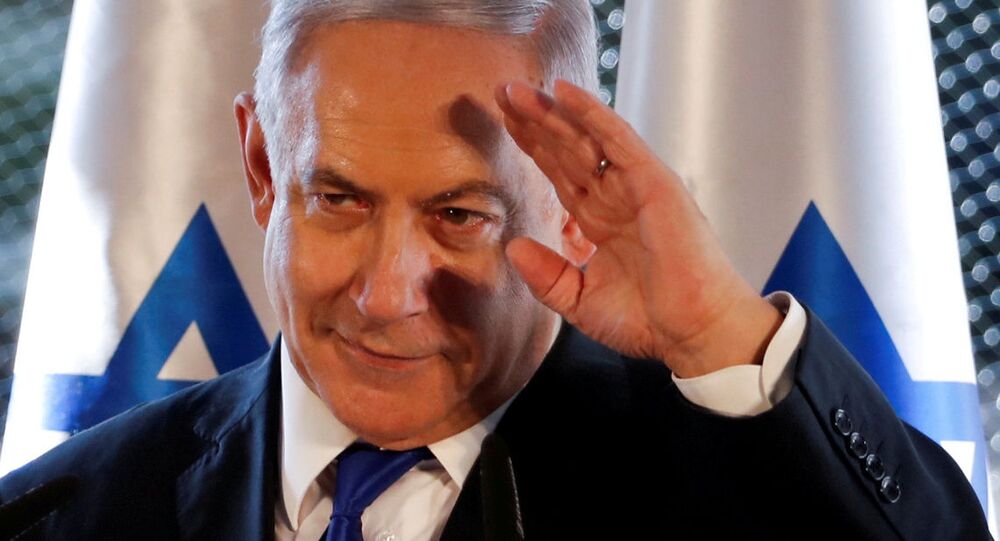 Fifty-five members of the Knesset parliament called on Israeli Prime Minister Benjamin Netanyahu, the head of Likud party, to form the next government, compared to fifty-four votes for the opposition Blue and White political alliance, media reported on Monday.

According to the Israeli Channel 13, the round of consultations at the president's headquarters ended with Benjamin Netanyahu’s mandate to form the government.

The broadcaster added that Netanyahu got the mandate after the National Democratic Alliance (Balad party), an ally of the Arab Joint List, said it did not support the List’s position to vote for Benny Gantz.

"The only government which can be formed is a broad unity government. The only way to reach such a government is to sit down and talk with an open mind," Netanyahu said on Twitter.

​In its turn, the Yisrael Beitenu political party led by former defence chief Avigdor Lieberman refused to support any of the elected candidates.

The final results of the election will be presented to Rivlin on 25 September. The president will meet with the leaders of the parties elected to parliament to discuss the nominee for the office of prime minister. After the nominee is chosen, he will have 42 days to form a viable coalition.

Israel held a closely-fought parliamentary election on 17 September. This marked the second Knesset vote this year; the previous one was held in April. Back then, Netanyahu's ruling party failed to receive enough votes to form the government, as the vote saw Likud and Blue and White tied, each taking 35 of the 120 seats in the Knesset, which prompted the first snap elections in the country.