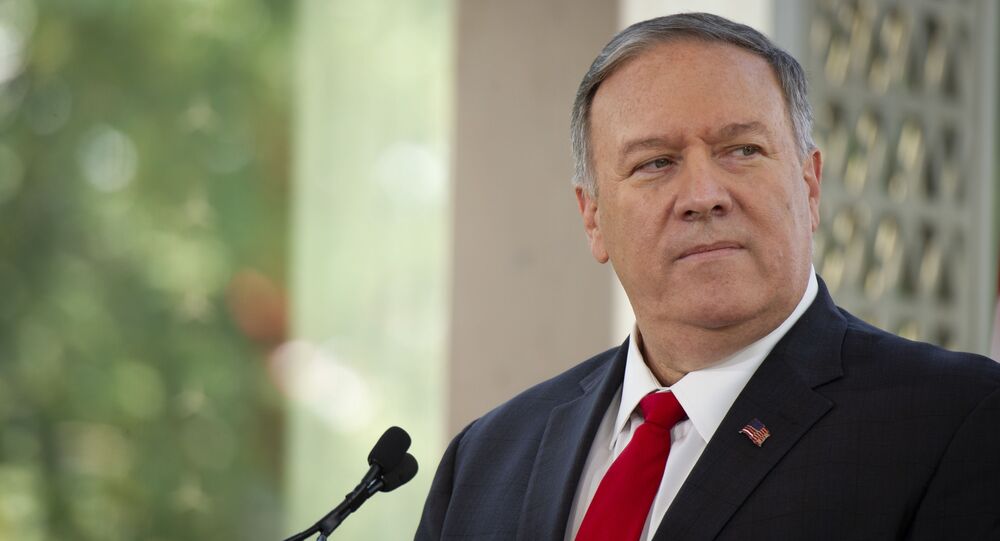 US State Secretary Mike Pompeo has accused Iran of being insufficiently cooperative with the International Atomic Energy Agency (IAEA), adding that it raises questions about "possible undeclared nuclear activities".

The Iranian regime’s lack of full cooperation with @iaeaorg raises questions about possible undeclared nuclear material or activities. This fits into Iran’s 40-year pattern of lies. The world won’t fall for it. We will deny the regime all paths to a nuclear weapon.

The accusation comes a day after Prime Minister Benjamin Netanyahu claimed that Israeli intelligence services had uncovered the location of an “additional secret site” near the city of Abadeh, where Iran has allegedly conducted experiments to develop nuclear weapons. He further said that it contained tens of thousands of pages of “nuclear archives” allegedly discovered by Israeli intelligence operatives in 2017, but was dismantled after being exposed. Israel presented its alleged “nuclear archive” findings to a group of Western states, also accusing Iran of trying to build a nuke as early as 2003.

The prime minister’s most recent remarks, who failed to provide any concrete proof, were dismissed by Iranian Foreign Minister Mohammad Javad Zarif. He called Netanyahu "the possessor of real nukes [who] cries wolf", referring to persistent rumours of the Jewish state having a secret nuclear arsenal, which has never been confirmed or denied by Tel Aviv. Zarif accused Netanyahu of trying to unleash another war in the region, adding that this time, it would affect Israel itself.

Pompeo's statements on Twitter come a week after Tehran announced another step in the gradual roll-back on its commitments under the nuclear deal, promising to develop new centrifuges and other research activities. The decision was triggered by the lack of progress in the efforts of the signatories to the accord to counter American sanctions, specifically the insufficient improvement of the EU's INSTEX mechanism.

The Iranian foreign minister stated that all the roll-backs made by Tehran so far are "reversible" if the sides to nuclear deal fulfil their promises and allow Iran to freely trade and deal with other states, as was promised under the Joint Comprehensive Plan of Action (JCPOA). The future of the Iran nuclear deal has been in question ever since the US pulled out of it in 2018, re-imposing previously lifted sanctions and threatening all entities dealing with Iran with "consequences".