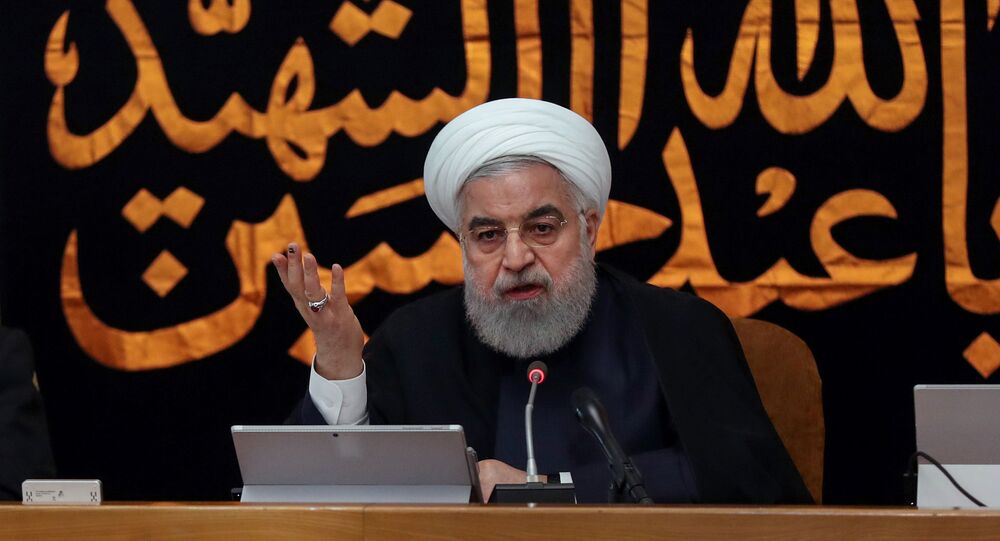 Ahead of Trump's statements, the US Treasury introduced new sanctions against companies, ships, and individuals allegedly involved with Iran's oil exports. Washington insists that Tehran uses front companies to continue selling crude despite the American sanctions.

US President Donald Trump has discarded Tehran's preconditions for negotiations between the two countries, which included the lifting of all American sanctions from the Islamic Republic. At the same time, the US president has not ruled out meeting his Iranian counterpart, Hassan Rouhani, at the UN General Assembly meeting in September.

"Sure, anything's possible. They would like to be able to solve their problem. We could solve it in 24 hours", he said.

Trump also stated that the US is working with Iran directly, but thanked French President Emmanuel Macron for his mediation attempts that he made ahead of the recent G7 summit. The US president also reaffirmed his commitment to reaching a new deal with Tehran instead of seeking regime change there.

The president's remarks come as the US Treasury announced a new set of sanctions targeting firms, ships, and individuals allegedly involved in Iran's scheme to continue selling oil despite the American sanctions. The Treasury has also offered a $15 million reward for information that would help further disrupt Iran’s crude exports.

Iranian President Hassan Rouhani has announced on state television that the country will be further backtracking on its commitments under the Joint Comprehensive Plan of Action (JCPOA). The new steps will involve development of the country's centrifuges and research activities beyond what is permitted under the JCPOA, starting on 6 September.

Earlier in the day, Tehran promised to reveal new steps aimed at reducing its commitments under the 2015 nuclear deal as the EU has so far failed to resolve the issue of the country's falling oil profits due to American sanctions. At the same time, Iran has reportedly rejected the European bloc’s offer of a $15 billion loan, despite Deputy Foreign Minister Abbas Araqchi originally suggesting that the sum could stimulate the country to adhere to the deal.

The JCPOA's fate remains in question ever since the US withdrew from it on 8 May 2018, re-imposing sanctions that the deal had lifted. The remaining signatories have pledged to salvage the deal and to find a way around the American sanctions. Although the EU’s Instax mechanism, designed for this purpose, started earlier this year, it failed to resolve all the issues, specifically in terms of oil trade, which is crucial for Iran.

Tehran stated earlier this year that unless the country starts receiving the benefits that it obtained by signing nuclear deal, Iran doesn’t see any reason to remain in it. In this context, the Islamic Republic has started to gradually roll back on its commitments under the JCPOA.