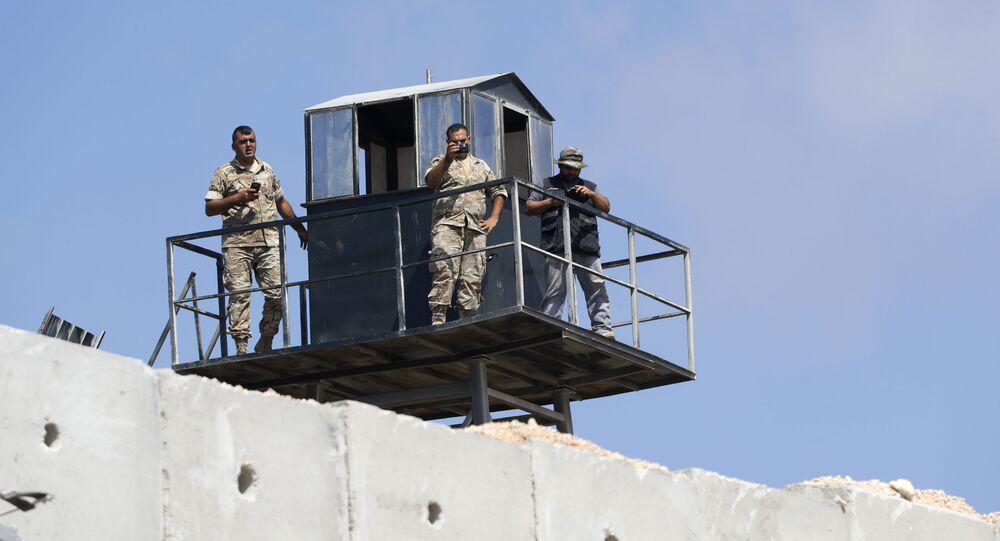 On Sunday, the Israeli military launched massed mortar, artillery and air strikes against multiple targets in southern Lebanon, following a Hezbollah anti-tank missile attack targeting Israel Defence Forces positions along the border. The back and forth attacks followed a series of Israeli drone and air strikes on Hezbollah positions in Lebanon late last month.

Lebanon will have every right to respond if Israel renews its military “aggression” against the country, Lebanese President Michel Aoun has announced.

“Any aggression against Lebanon and the safety of its territories will be met with legitimate self-defence, and Israel will bear all its consequences,” Aoun said, speaking to UN Special Coordinator for Lebanon Jan Kubis on Friday, his remarks quoted by local media.

Lebanon, Aoun said, remains committed to UN Security Council resolution 1701, the August 2006 resolution which helped to put an end to the 2006 Israel-Lebanon war. The president also accused Israel of violating Resolution 1701 with its recent drone attacks against targets inside Lebanon, saying the strikes contravened the “rules of engagement” set out by the resolution.

Thanking the UN for its efforts to preserve and extend the mandate for UN forces operating in southern Lebanon, Aoun said that the Lebanese military, “deployed alongside the international forces, is performing its duty to implement the decisions of the political authority and the Supreme Defence Council.”

Traditionally poor relations between Israel and Lebanon got worse over the past couple of weeks following a suspected Israeli incendiary drone attack in Beirut against a Hezbollah media office, alongside airstrikes along the Lebanon-Syria border. President Aoun called the Beirut incident a "declaration of war" by Israel.

Last Sunday, for the first time in years, Israel and Hezbollah engaged in heavy clashes along the border, with Israel launching volleys of mortar, artillery and helicopter fire into Lebanon following a concentrated Hezbollah anti-tank missile attack against an Israeli military checkpoint. The militant group said the strikes were a response to an earlier Israeli drone strike which dropped incendiary bombs on a Lebanese grove, triggering fires.

Hezbollah later claimed that its anti-tank missiles had struck at least one Israeli vehicle, killing or wounding everyone inside. Israel denied the claim, with Prime Minister Benjamin Netanyahu later boasting that the Israeli side had suffered no injuries, “not even a scratch,” in the back and forth barrage. No information has been made available about possible Lebanese and Hezbollah casualties from Sunday’s violence.

© REUTERS / Aziz Taher
Smoke rises from shells fired from Israel in Maroun Al-Ras village, near the border with Israel, in southern Lebanon, September 1, 2019.

During the fighting on Sunday, Lebanese Prime Minister Saad Hariri called on the United States and France to step in and stop the escalation of tensions.

Later, commenting on the attacks, Netanyahu blamed Iran for building up proxies across the Middle East, including Lebanon, Gaza, Iraq and Syria, and said Israel would continue to do everything it felt was necessary to “prevent” enemies from “getting game-changing weapons” with which to attack Israel.

The Israeli government later claimed that Beirut had sent “pleas” to the Israeli side “through third-party countries” calling on Tel Aviv to cease hostilities. Hezbollah and the Lebanese government did not comment on the claims. On Monday, Hezbollah leader Hassan Nasrallah warned that if Israel attacked again, all Israeli “borders and forces will be at risk.” Hezbollah, Nasrallah said, had gained the capability to attack “deep inside” Israel if provoked.

The last major conflagration between Israel and Lebanon took place in 2006, when the two countries fought a 34-day war sparked by a Hezbollah cross-border raid and the kidnapping of two Israeli soldiers. The confrontation claimed the lives of over 1,300 people, including hundreds of Lebanese civilians, and ended in a UN-brokered ceasefire. Israel and Lebanon have fought a total of four wars since Israel’s establishment in 1947, and have repeatedly threatened one another with violence in recent years.