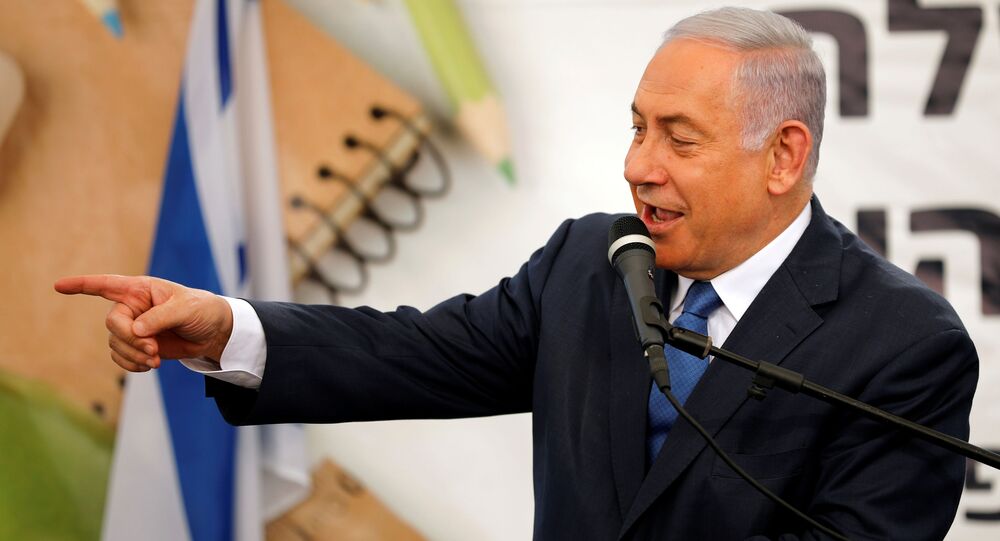 The exchanges of fire that took place between the Israel Defence Forces and Lebanon-based Hezbollah marked the most serious confrontation between the parties since 2006, albeit with no casualties having been reported so far.

Israeli Prime Minister and Defence Minister Benjamin Netanyahu said in a video message that Israel had acted with “determination and responsibility” following artillery and air strikes against several targets in southern Lebanon on Sunday.

“We kept our citizens safe and maintained the peace of our soldiers", said Benjamin Netanyahu on Monday.

"The man in the bunker in Beirut knows exactly why he is in the bunker", he said, apparently hinting at Hezbollah leader Hassan Nasrallah. "We will continue to do everything necessary to keep Israel safe - at sea, land and air - and we will continue to work against the threat of [Hezbollah's] precision missiles".

PM Netanyahu: We acted yesterday with determination and responsibility. We maintained the security of our citizens and the safety of our soldiers. pic.twitter.com/ZFbp1ncLkW

​Netanyahu has previously taken to Twitter to argue, in Hebrew, that the military is “prepared for any scenario” in accordance with developments on the ground following Sunday's incident.

At the same time, Israeli President Reuven Rivlin wrote on his Twitter page that “all those who seek to harm us should know that we are ready and willing to defend Israel's citizens wherever they are, without hesitation”, adding that Israel was “prepared”.

​The exchange of fire between the Israeli military and the Lebanon-based Hezbollah took place on Sunday, 1 September, with the latter firing multiple anti-tank missiles at Israel Defence Forces (IDF) positions and military trucks along the Israeli-Lebanese border. Tel Aviv responded to the anti-tank missile fire by firing over 100 artillery shells into southern Lebanon and launching at least one airstrike against the targeted cell allegedly responsible for the attack.

Neither of the sides has reported causalities following the clashes, which are believed to mark the largest confrontation between Israel and Hezbollah in years.

It was reported by The Jerusalem Post that Hezbollah leader Hassan Nasrallah and Lebanese Prime Minister Said Hariri passed on a message to Israeli authorities through third-party countries after the exchange of fire took place that stated that from Hezbollah’s point of view, the incident was over and pledged to end hostilities, as Israel had “achieved its goals”.

"We received pleas from Lebanon through third-party countries, pleading with us not to respond", a senior Israeli official source told journalists, as reported by Haaretz.

Neither Hezbollah’s leader Nasrallah nor Prime Minister Hariri has commented on the claims.

Tensions between Hezbollah and Israel escalated on Sunday, 25 August when Lebanese authorities reported that Israeli drones had entered country’s airspace and dropped incendiary bombs in several areas of Lebanon, with one drone strike reportedly hitting the Hezbollah media office near Beirut.

Israel and Lebanon have fought four wars since 1947, when the Partition Plan for Palestine was adopted by the United Nations. The last conflict involving the states took place in August 2006, causing more than 1,300 deaths.