Tehran announced Sunday that its uranium enrichment levels would soon surpass limits set in the 2015 nuclear deal, and said that Iran would continue to reduce its commitments to the nuclear deal every 60 days until the deal's other signatories meet their commitments.

Israeli Prime Minister Benjamin Netanyahu has blasted Iran's decision to raise uranium enrichment levels beyond the 3.67 per cent limit outlined in the Joint Comprehensive Plan of Action (JCPOA), saying the only possible reason for such an action is the creation of a nuclear bomb, The Jerusalem Post has reported.

Commenting on a report in US media about Iran's uranium enrichment decision on Sunday, Netanyahu said the report seemed to suggest that the move was "not terrible, because it is just a 'small step'."

This sort of thinking is a "mistake," Netanyahu said, noting that the Second World War began "when Nazi Germany took one small step – to enter the Rhineland [in 1936]. A small step. No one said anything and no one did anything. The next step was the Anschluss [the annexation of Austria in 1938] and the next step was entering the Sudetenland in Czechoslovakia [in 1938]. And the rest is known."

Alleging that the enriched uranium could be used "for only one thing – to prepare nuclear weapons," Netanyahu appealed to his "friends, the heads of France, Britain and Germany," telling them "you signed this agreement, and you said that once they take this step, there will be harsh sanctions. That was the decision of the Security Council."

Netanyahu called on the European powers to "take the actions you promised to take" and to impose "snapback sanctions" against Iran.

Way to Go to Weapons-Grade Uranium

Israeli officials have repeatedly compared Iran to Nazi Germany in recent years, and likened former President Barack Obama's negotiations with Iranian officials on the nuclear deal to the appeasement of Adolf Hitler before World War II. Israel has also actively lobbied President Trump scrap the JCPOA. In 2018, days before Washington announced that it would dropping out of the agreement, Netanyahu gave a media presentation accusing Iran of lying to the world about its commitments to the nuclear deal. Iran has vocally denied Tel Aviv's allegations, accused Mossad of trying to "kill" the JCPOA, and recalled that Israel is the only state in the region with an actual nuclear weapons arsenal. 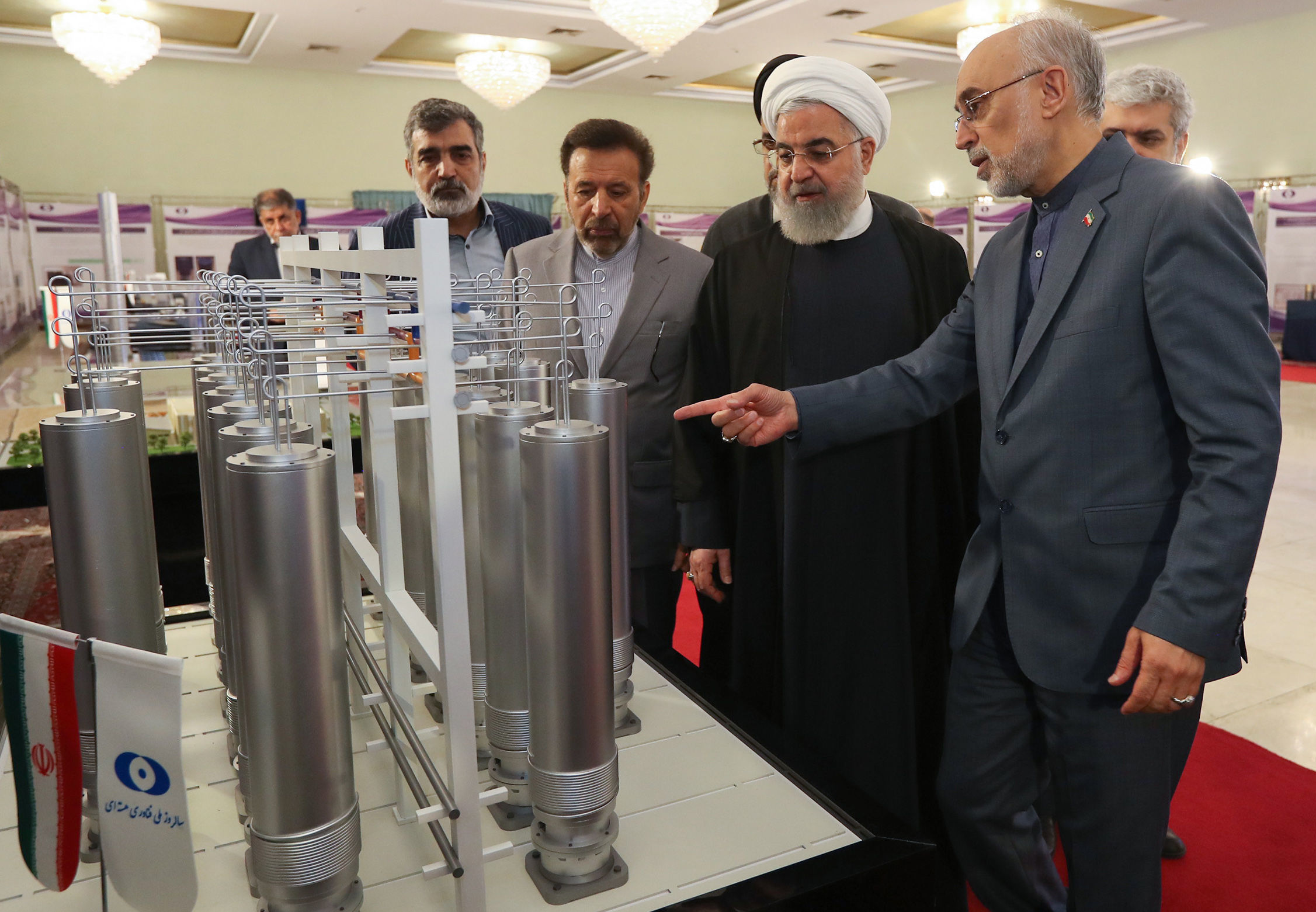 Later Sunday, Iranian President Hassan Rouhani said Iran's actions were aimed at saving the nuclear deal, "because we believe that if we don't do anything, the deal will be lost."

Last week, after Iran announced that its stockpile of enriched uranium would soon grow beyond the 300 kg limit set by the JCPOA, Israeli Foreign Minister Israel Katz accused Tehran of veering toward war and pledged that Tel Aviv would not allow Iran to obtain nuclear weapons under any circumstances, "even if it has to act alone on that."