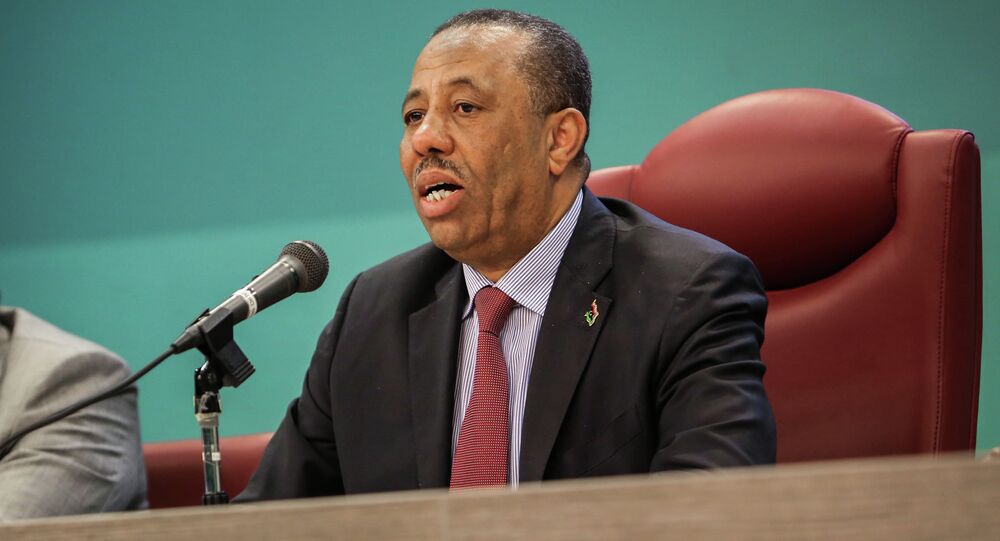 CAIRO (Sputnik) – Abdullah Thinni, prime minister of the government based in eastern Libya, called the initiative of the head of Libya’s UN-backed Government of National Accord (GNA), Fayez Sarraj, to call a national reconciliation conference an “act of despair.”

“The initiative of the GNA head is an act of despair amid the Libyan [National] Army’s Tripoli offensive,” Thinni told the Sky News Arabia broadcaster.

He added that Sarraj had to voice such an initiative in 2016 when the GNA was formed.

On Sunday, Sarraj addressed his supporters and journalists in Tripoli, calling for holding an all-Libyan conference to develop a road map for overcoming the current crisis. He also said that the Libyan National Army (LNA), headed by Field Marshal Khalifa Haftar and loyal to Thinni’s government, was losing the battle for Tripoli, being defeated by the GNA troops.

Libya is currently divided into two parts: the internationally recognized GNA headed by Sarraj in Tripoli and a parallel administration allied to the LNA in the east of the country.

Tensions flared up in Libya in early April. Back then, the LNA led by Haftar launched an offensive to retake Tripoli from the forces loyal to the GNA. The LNA has already recaptured a number of settlements on its way to the capital.