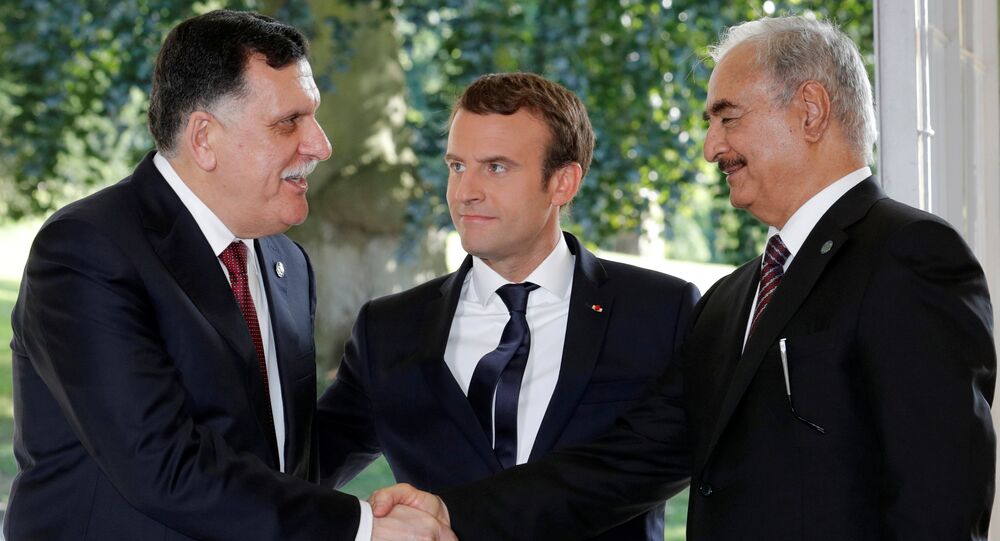 MOSCOW (Sputnik) - The head of Libya's UN-backed Government of National Accord (GNA), Fayez Sarraj, will hold talks with French President Emmanuel Macron in Paris on Wednesday.

The meeting will take place amid the ongoing offensive of the Libyan National Army (LNA), headed by Field Marshal Khalifa Haftar, on Tripoli. Sarraj and Macron will discuss the latest developments around the LNA's operation with an emphasis on the humanitarian situation and efforts to bring the conflict in the country to an end.

The negotiations come as part of Sarraj's tour around major European capitals in a bid to enlist the European Union's support in confronting Haftar's offensive. Sarraj's talks with Italian Prime Minister Giuseppe Conte on Tuesday became the first in a series of meetings with EU leaders.

© AP Photo / Emrah Gurel
Libyan National Army Claims It Possesses Evidence of Turkey Supporting Daesh
After the overthrow and killing of Libya's long-time leader Muammar Gaddafi in 2011, the Middle Eastern country was plunged into civil war between numerous tribes and factions. Currently, Libya is divided into two parts — the UN-backed Government of National Accord controlling the western part of the country, and the Tobruk-based parliament backed by the LNA governing regions to the east.

The sides attempted to organise national elections this year, however, after clashes in April LNA Head Haftar ordered an offensive on Tripoli, stating there were alliances between the GNA and terrorist groups in the country.