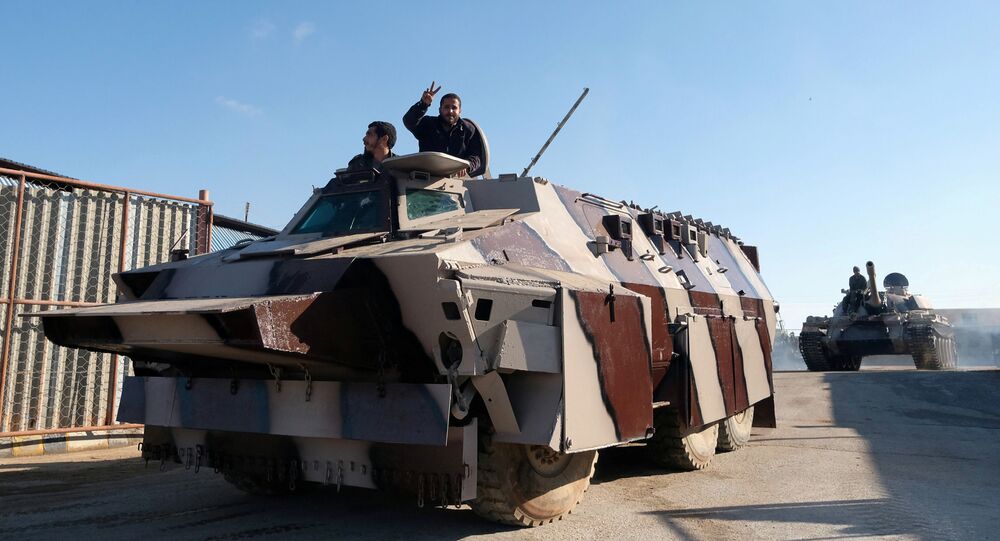 ROME (Sputnik) - Italian Prime Minister Giuseppe Conte met with Russian President Vladimir Putin on the sidelines of the Belt and Road Forum in China and proposed him to work together to resolve the Libyan crisis, the Italian ANSA agency reported, citing sources in the Italian delegation.

The conversation between the two leaders was "intensive," the Italian ANSA agency said. Conte reportedly conveyed Putin his views on the current situation in the North African country and asked him to share concerns in order to work together on a solution.

© REUTERS / The Egyptian Presidency
GNA Says Egypt's Statements on Libya Misrepresent True Situation
The report comes after Khairi Tamimi, the head of the General Commander’s Office of the LNA told Sputnik on 24 April that the government in eastern Libya was eager to broaden defence cooperation with Russia once international embargo is lifted.

In the meantime, the number of displaced people fleeing from the fighting in Tripoli reached 3,400, UN Office for the Coordination of Humanitarian Affairs (OCHA) spokesman Russell Geekie told Sputnik last week.

© AP Photo / Esam Omran Al-Fetori
Libya's Haftar Army Announces 2nd Stage of Offensive on Tripoli - Reports
Tensions flared up in Libya in early April. Back then, Field Marshal Khalifa Haftar launched an offensive to retake the capital, Tripoli, from the forces loyal to the UN-backed Government of National Accord (GNA).

The Libyan National Army (LNA) has already recaptured a number of settlements on its way to the capital, including the Tripoli International Airport, located around 20 miles away from the capital. The forces loyal to the GNA announced a counteroffensive, dubbed Volcano of Rage, to repel the National Army.