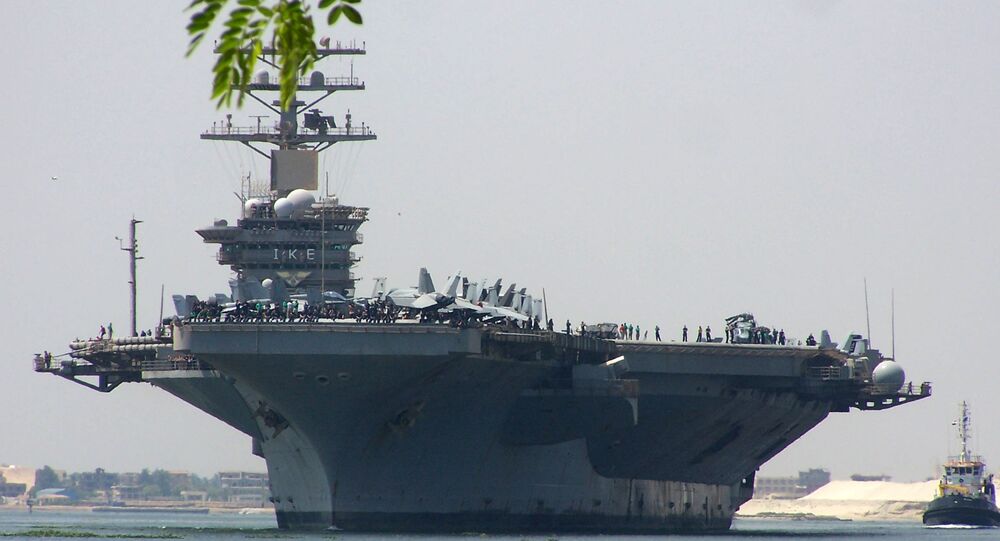 Earlier, a media outlet in Iran released a video allegedly captured by an Iranian drone flying over an American aircraft carrier and another warship in the Persian Gulf. The outlet didn't specify the date when the footage was shot.

US Navy spokesperson Chloe Morgan told AFP that the video of the USS Dwight D. Eisenhower, recently released by Iran's Tasnim News Agency, "appears to be several years old" and was probably filmed during the ship's last visit to the Gulf.

The video in question shows an Iranian drone taking off from an air base and then shows the deck of the US carrier in detail, highlighting the aircraft on board. It also showed an accompanying US military vessel. Tasnim News Agency stated that the video was released by the Iranian Revolutionary Guard Corps (IRGC) and claimed that it was shot in the Persian Gulf.

The Nimitz-class nuclear-powered carrier USS Dwight D. Eisenhower was last seen in the Gulf in 2016. Back then, Iran released a video of the USS Harry S. Truman carrier, allegedly also filmed by a drone.

Bilateral relations between the US and Iran have been spiralling downwards since Washington withdrew from the Iranian nuclear deal on 8 May 2018 and imposed harsh sanctions against the country's economy half a year later. Tehran and other signatories to the deal slammed the US decision and pledged to continue adhering to the agreement's provisions.