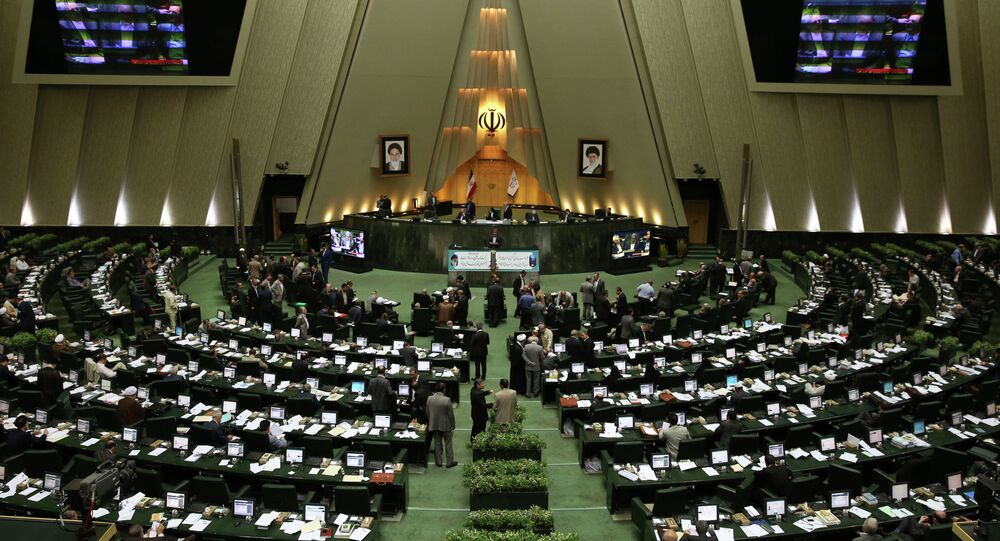 The Trump administration is expected to slap new sanctions on the Islamic Republic around the time of the first anniversary of the US withdrawal from the 2015 nuclear deal.

The legislation is said to be part of a "comprehensive plan" to retaliate against Washington's "hostile policies". It reportedly requires the government to act in line with the Supreme National Security Council's decision to "counter the terrorist activities of the American forces who threaten the Islamic Republic of Iran's interests."

Another motion passed on Tuesday mandates that the government and the military take steps to prevent US forces from employing "any power or equipment against the Islamic Republic of Iran's interests".

It comes after the US announced its decision not to extend waivers on sanctions against countries importing Iranian oil — the latest move in Washington's efforts to bring Iran's oil exports down to zero.

Also on Tuesday, Iranian parliamentarians labelled the US Central Command (CENTCOM) and all forces under its command as terrorist organisations. It mirrors the move of Iran's Supreme National Security Council, which acted in an apparent tit-for-tat response to the United States listing the Iranian Revolutionary Guards Corps (IRGC), an elite paramilitary unit, as a foreign terrorist group.

Relations between Tehran and Washington have deteriorated rapidly since Donald Trump took office. The US president last year pulled the US out of the 2015 nuclear deal which curbed Iran's nuclear ambitions, claiming that the agreement had failed to stop the country from pursuing nuclear weapons. Trump re-instated crippling economic sanctions on the Islamic Republic, seeking to lock it out of the global financial system and shut down its oil exports.