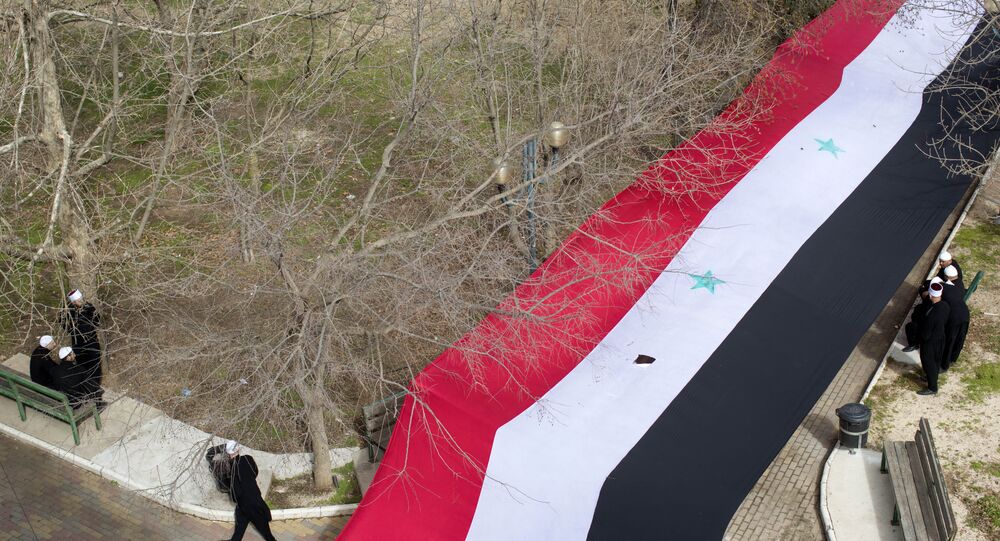 "I feel that this is a conscious, deliberate demonstration of permissiveness", Lavrov said at a press conference with Turkish Foreign Minister Mevlut Cavusoglu.

Cavusoglu said the recognition was Trump's gift to Israeli Prime Minister Benjamin Netanyahu ahead of elections.

The statement of the ministers comes after on Monday Trump signed a presidential proclamation unilaterally recognising the contested territory as a part of Israel, sparking condemnation from the UN.

Thus, at a Security Council session on Wednesday, most speakers denounced the move of the US president, pointing towards a UN resolution that called the Israeli annexation of the region "null and void and without international legal effect".

© AP Photo / Ariel Schalit
Gift to Bibi or Blow to Syria? Possible Motives Behind US Golan Heights Decision
At the same time, Russia, Syria, Iran, Turkey and other countries condemned the US actions. Maja Kocijancic, the spokesperson for the EU diplomatic service, reiterated Brussels' position on the matter, after US major allies, such as France, Germany and the United Kingdom, have similarly refused to support Washington, as the recognition of Israel's sovereignty over Golan Heights runs against the UN resolutions.

Israel captured the Golan Heights during the 1967 Six-Day War, officially annexing the area in 1981. The US did not officially recognise the annexation at the time, however, Washington turned a blind eye to the move.

Lavrov also stated that the sides had agreed to accelerate the process of forming the Syrian constitutional committee in cooperation with the United Nations.

"We have agreed to speed up the formation of the constitutional committee in cooperation with our colleagues from the United Nations and, of course, in contacts with the Syrian government and opposition. We are confident that the constitutional committee will at last help start the Geneva process, which our Western colleagues talk so much about", the Russian minister said.

Originally, the accord to establish the committee was reached at the Syrian National Dialogue Congress, which was held in the Russian resort city of Sochi in January 2018.

However, the parties involved have so far failed to agree on the composition of the body. The committee is expected to include the representatives of the Syrian government, opposition and the civil society.