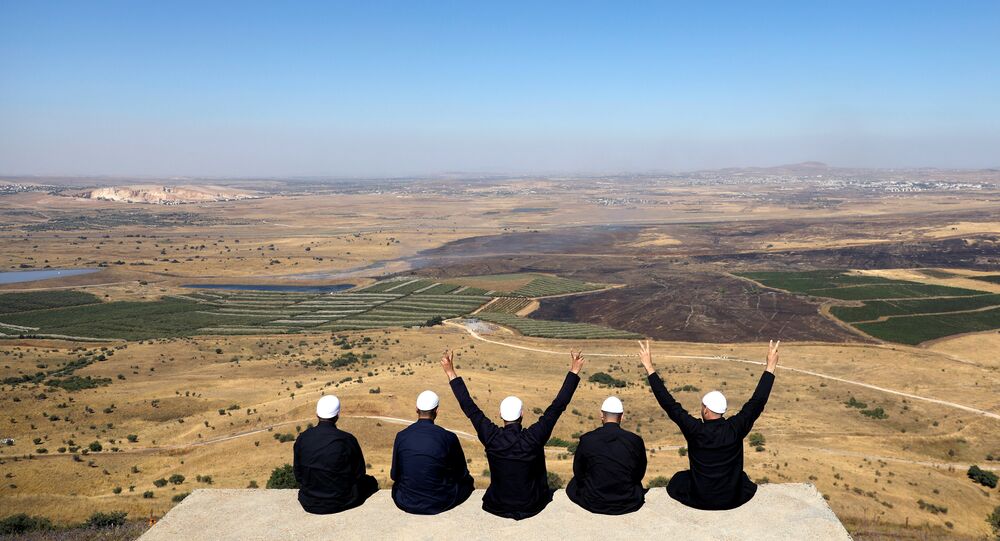 On 24 March, Israel's Minister of Foreign Affairs Yisrael Katz said that Donald Trump would sign a decree recognising Israel's sovereignty over the Golan Heights on Monday.

US President Donald Trump has signed a proclamation on Monday recognising Israel's sovereignty over the disputed Golan Heights during a meeting with Israeli Prime Minister Benjamin Netanyahu.

Washington's move was made in spite of Arab League Secretary-General Aboul Gheit's last week announcement that the bloc fully supported Syrian sovereignty over the Golan Heights.

READ MORE: Netanyahu to Benefit From Trump's Golans Move, Not Clear How Much – Scholar

© AFP 2021 / JALAA MAREY
Trump’s Decision on Golan to Fully Negate US Mideast Mediation Ability – Syrian Envoy
This comes after last week Trump said in a statement that it was time for the United States to fully recognise Israel's sovereignty over the Golan Heights, overturning over 50 years of US policy toward the region, which supported UN Security Council Resolution 497 which unanimously recognised that the territory belonged to Syria. Trump's remarks were condemned by a number of countries, including Iran, Turkey, Syria and Russia.

Prior to the US president's statement, US Senator Lindsey Graham told Israeli Prime Minister Benjamin Netanyahu that he would push the United States to formally recognise Israel's sovereignty over the Golan Heights, which were seized from Syria during the 1967 Six-Day War.

The Golan Heights, considered by Syria and much of the international community to be a part of its territory, was occupied by Israel during the 1967 Six-Day War. It was not until 1981 that Tel Aviv passed legislation formally annexing the area. The United Nations has not recognised the annexation. Moreover, in 2018, the UN General Assembly adopted a resolution urging Israel to immediately withdraw its forces from the Golan Heights after the country organised local elections on 30 October.