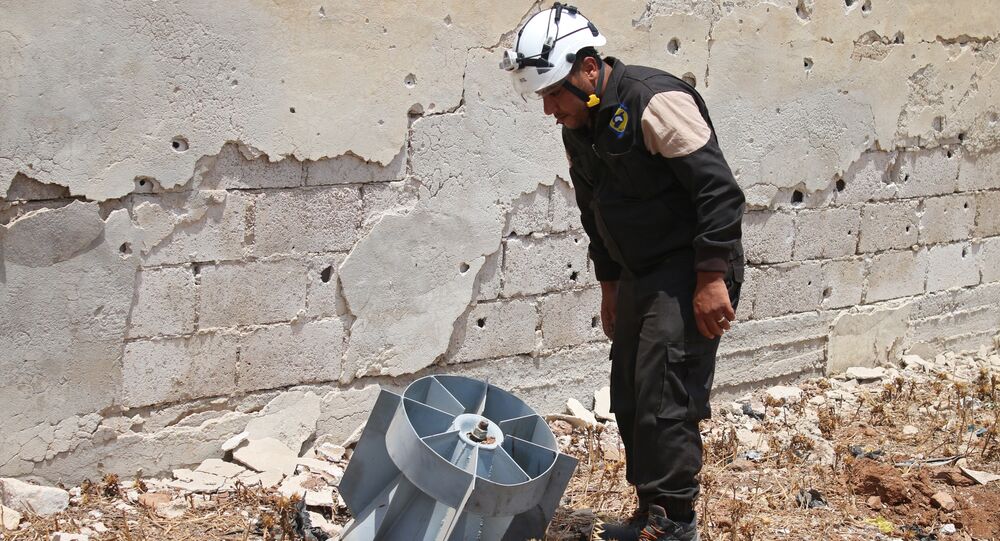 The Qatar Fund for Development explained that the grant to the White Helmets is earmarked for the purchase of seven fire engines and the training of volunteers in Syria, as well as road repairs.

The agreement on allocating the grant "in support to the Syrian people" was signed by the fund's deputy director-general, Misfer Hamad Al-Shahwani, and the head of the White Helmets, Raed Al Saleh.

"The grant will allow [for] the purchase of seven fire engines and the training of volunteers in Syria. In addition to this, it will also contribute towards the Amal [Hope] project which aims at removing rubble from bombed and destructed buildings and will assist in repairing roads to help Syrians living in affected areas return to their normal lives", a post on the QFFD's website reads.

Even though the White Helmets positions itself as a Syrian humanitarian organisation, which, as they claim, has saved tens of thousands of lives, the group's head has been accused by Moscow of collaborating with terrorists — allegations he vehemently denies.

Moreover, the Russian Foreign Ministry describes the White Helmets as a structure which "worked exclusively on territories not controlled by the government and hasn't avoided contacts with terrorists and extremists".

© AFP 2020 / Msallam ABDALBASET
UK Portrays White Helmets as Heroes as They Likely Film Fake Gas Attack - Journo
The ministry also singles out "a lot of evidence proving that the White Helmets is virtually a branch of the terrorist organization al-Nusra, which is included in the UN Security Council's sanctions list".

Damascus and Moscow have repeatedly accused the White Helmets of staging several provocations involving the use of chemical weapons to draw in and justify foreign military intervention in Syria. Back in April 2018, a staged chemical attack prompted the US and its allies to launch a large-scale attack, involving over 100 missiles, against Syrian government forces.