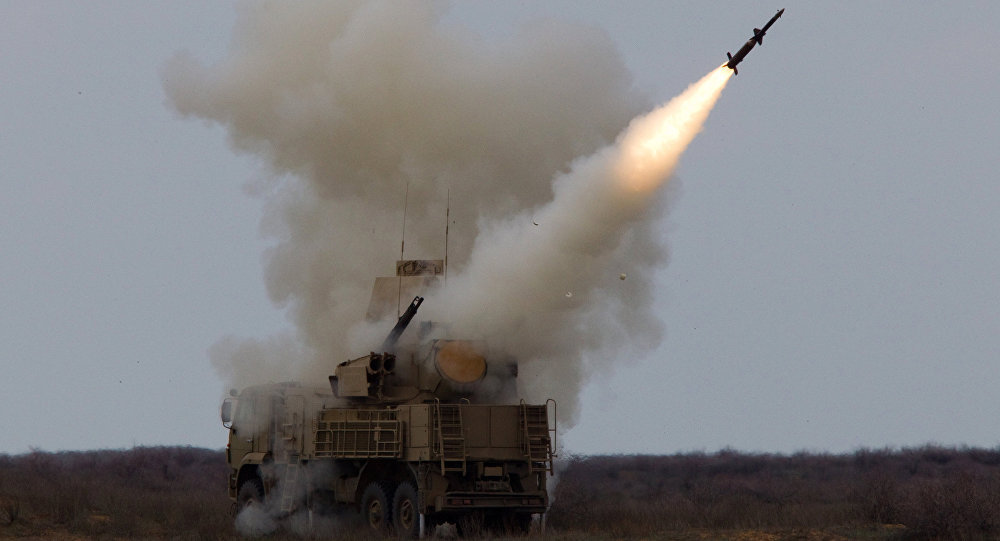 A military source indicated that air defence systems in the country's south have successfully repelled an Israeli air attack, preventing the attackers from achieving any of their objectives.

"Our air defence systems have repelled Israel's air strike in a southern region. All missiles have been intercepted, none of them hit their targets," a Syrian military source told Sputnik on Sunday.

Later in the day, the Russian military confirmed that the Israeli Air Force had carried out an attack against Syria, saying the strikes consisted of guided missiles launched from the Mediterranean Sea by four IAF F-16 fighters at 1:32 pm Moscow time.

Speaking to journalists at the National Defence Management Centre in Moscow, a Russian military spokesman confirmed that Syrian air defences had repulsed the Israeli attack, which was aimed at the Damascus International Airport, southwest of the Syrian capital.

According to the Russian military, Syrian-operated Pantsir and Buk air defence systems destroyed seven Israeli missiles. "The airport's infrastructure was not damaged. There are no victims, and no damage," a spokesman said.

"Our permanent policy is to oppose Iran's attempts to gain a foothold in Syria and to hurt those who [are] trying to hurt us," Netanyahu was quoted as saying by his press office.

On Sunday morning, the Syrian Arab News Agency reported that an explosion had occurred on a highway in a Damascus suburb, with initial reports suggesting that it may have been a "terrorist act." It remains unclear whether the two incidents are connected.

This was the second reported strike on the airport in a week. On the night of January 11-12, Israeli warplanes fired missiles at targets in the airport, with most of the incoming projectiles destroyed. The Syrian Ministry of Transport later reported that the attack targeted the airport, damaging several buildings, including an aircraft repair hangar, and hitting several parked planes.

© AFP 2019 / MENAHEM KAHANA
IDF Chief Says Israel Struck Targets in Syria Without 'Asking for Credit' - Reports
Netanyahu confirmed that Israeli jets had attacked targets in Syria last week, claiming that the strikes targeted "Iranian depots full of Iranian weapons" in and around the airport in the Syrian capital.

Syria sent letters to the UN demanding immediate action to prevent new Israeli attacks, saying the strikes were an attempt to "prolong the crisis and the war against the terrorists in Syria," and that they were only possible thanks to the "military, political and media cover" Tel Aviv enjoys from the United States.

Israel resumed air attacks against Syria on December 25 after nearly a three month hiatus. Israel halted operations after Syrian air defence systems responding to an Israeli attack accidentally shot down a Russian recon plane with 15 Russian servicemen on board, prompting Moscow to deploy S-300 air defence batteries in Syria. The Russian military condemned the Christmas Day attack, accusing the Israeli Air Force of brazenly threatening two passenger aircraft during the strike, which was launched from Lebanese airspace to shield IAF planes from an effective response.