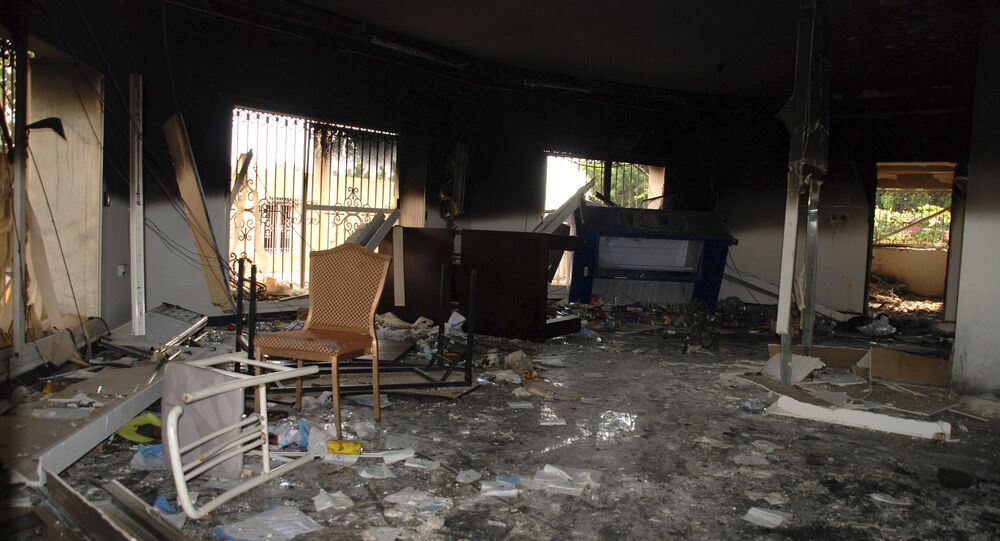 In September 2012, the US consulate in Libya's second-largest city of Benghazi was attacked by militants from the Ansar al-Sharia group, leaving envoy Christopher Stevens and three other American employees dead.

Six years after a deadly attack on the US consulate in Libya's Benghazi, conditions on the ground may prompt the return of a US diplomatic mission to the North African country, according to Colonel Adam Chalkley, commander of Special Purpose Marine Air-Ground Task Force-Crisis Response Africa.

"There were indications that… recent improvements in the landscape and the operating environment of Libya were suggestive that a reintroduction of a diplomatic mission was on the near horizon," Chalkley was quoted by Military.com as saying.

READ MORE: Divide and Blunder: US-Backed Division of Libya Would Be Catastrophic for Europe

He explained that his task force's goal is to prevent a repeat of "another event" like the 2012 Benghazi attack – "a flashpoint that is going to result in the loss of US diplomatic blue chips or loss of life."

Chalkley also touted his task force's cooperation with Special Operations Command Forward (SOF) and their support of the "Department of State efforts to reintroduce a diplomatic mission into Libya", which he stressed "really dominated the entirety of our time."

"There is obviously a large desire to return to a US diplomatic presence. […] But there is still engagement; there are still things happening on a diplomatic front and building diplomatic ties," Chalkley emphasised.

Referring to the Benghazi attack, he expressed confidence that the US "is not going to have another [threat] that would go unnoticed.

"Now that said, the reason those things aren't happening is because people know that we are there and ready to come in. There is an absolute recognition that operations and forces postured on the periphery, able to respond is a great deterrent for people behaving badly," he concluded.

Chalkley's remarks followed a statement by the Department of Justice in late June that US authorities sentenced Libyan national Ahmed Abu Khatalla to 22 years in federal prison for the attack on the US mission in Benghazi. The attack which was launched by militants from the Ansar al-Sharia group on September 11, 2012.

© AFP 2021 / MAHMUD TURKIA
Libya Seeks Intl Community's Aid to Solve Country's Ongoing Crisis - Envoy to US
Envoy Christopher Stevens and three other American employees were killed in the attack which led to the subsequent closure of the US consulate.

Libya has been torn apart by conflict since the country's longtime leader Muammar Gaddafi was overthrown in 2011. The eastern part of the country is governed by the Tobruk-based parliament, backed by the Libyan National Army (LNA). The UN-backed Government of National Accord (GNA), headed by Prime Minister Fayez Sarraj, operates in the country's west and is headquartered in Tripoli.