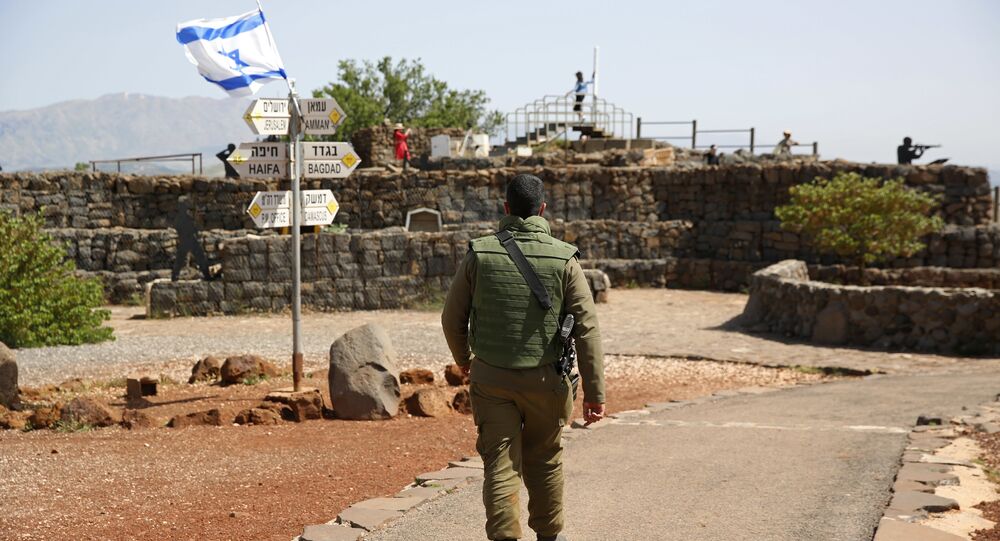 "On Thursday, US Ambassador to Israel David Friedman informed me on the US decision to vote against the regular resolution slamming us for our presence in the Golan Heights. And this really happened… I would like to thank [US] President [Donald Trump] and [US] Ambassador [to the United Nations, Nikki] Haley for this important and fair decision that fully complies with my policy. Israel will forever remain in the Golan Heights. The Golan Heights will forever remain in our hands," Netanyahu said during his weekly cabinet meeting.

© AFP 2021 / Jalaa Marey
Haley Says US Will Reject UN Resolution Calling on Israel to Return Golan Heights to Syria
On Friday, the United States voted at the UN General Assembly committee against the resolution for the first time ever after constantly abstaining from voting before. However, the resolution, which the UN General Assembly renews annually, was easily passed, with 151 countries supporting it, 14 others abstaining, and only the United States and Israel voting against it.

Syria lost the Golan Heights to Israel in the 1967 Six-Day War between Israel and the neighbouring states of Egypt, Jordan and Syria. The United Nations did not recognize Israeli sovereignty over the region and brokered a Syrian-Israeli armistice in 1974, urging Israel to leave parts of the Golan Heights.

In 1981, Israel adopted a law extending its jurisdiction over the territory, de-facto annexing the Golan Heights after managing the territory through a military administration for over a decade. This move has not been internationally recognized.