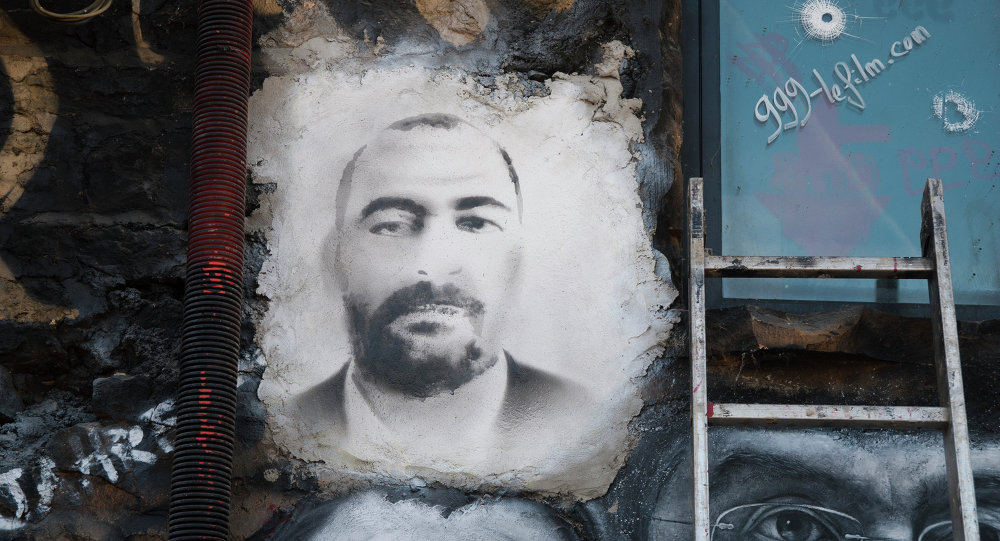 The shadowy Daesh terrorist leader has been rumored to be hiding out on the Syrian-Iraqi border since May, and had been reported killed or incapacitated by US or Russian air and artillery strikes on multiple occasions, with none of the reports ever being confirmed.

Jabbar al-Maamouri, leader of the Iraqi Popular Mobilization Forces, has told Iraqi media that the Iranian missile strike in Syria earlier this month was aimed in part at liquidating Daesh (ISIS)* leader Abu Bakr al-Baghdadi, and that only his lateness to a meeting of militant commanders saved him from certain death.

"The Iranian shelling against specific pockets of Islamic State east of the Euphrates in Syria using missiles [a] few days ago targeted an important meeting for the so-called Islamic State's war council, to which Abu Bakr al-Baghdadi was on [his] way," al-Maamouri said, according to Iraqi News.

Al-Baghdadi "was about to get killed in the shelling but he survived as he was a few minutes late for the meeting," the Iraqi militia commander added.

The Iranian strikes did succeed in liquidating Ali al-Mashadani, al-Baghdadi's deputy, as well as several other Daesh leaders, according to al-Maamouri.

Iran's Islamic Revolutionary Guard Corps launched six surface-to-surface ballistic missiles at terrorists in Syria on Monday in response to the September 22 terrorist attack on a military parade in the southern Iranian city of Ahvaz which left 25 people dead and dozens more injured. 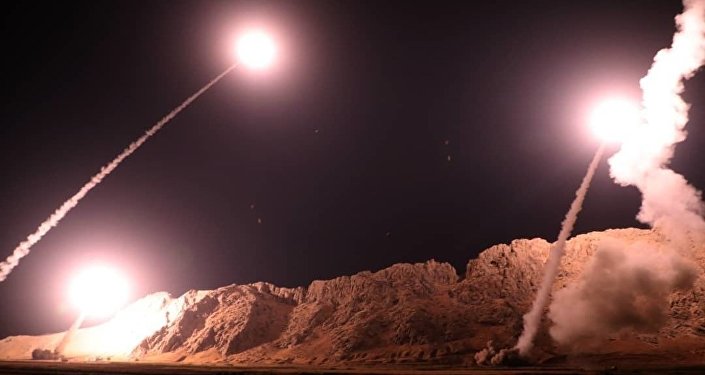 © AP Photo / Sepahnews via AP
WATCH Iran Use Domestically Produced UAVs to Eliminate Terrorists in E Syria in Response to Parade Attack
Monday's attack, concentrated near the town of Albu Kamal on the Syrian-Iraqi border, was conducted by Iranian forces stationed in western Iran some 570 km from the target area. Tehran characterized the strikes, which hit just a few kilometers from a US base in Syria, as an "important signal" to Washington, and asked the US to explain why its forces "were stationed three miles from the militants of Daesh."

Iran had earlier fired six missiles at a terrorist hideout in Deir ez-Zor province, eliminating 65 Daesh terrorists, including several high-ranking intelligence commanders, in response to a pair of terrorist attacks in the Iranian capital of Tehran earlier this year.

Al-Baghdadi reportedly released an audio message to his followers in August, calling on supporters to "persevere" in the jihad against the terrorist group's enemies after nearly a year of silence. The terrorist group's territorial holdings have dwindled since late 2015 amid efforts by Damascus, Baghdad and their respective allies to destroy its so-called caliphate.

US Coalition Says Aware of Reports About Baghdadi's Location