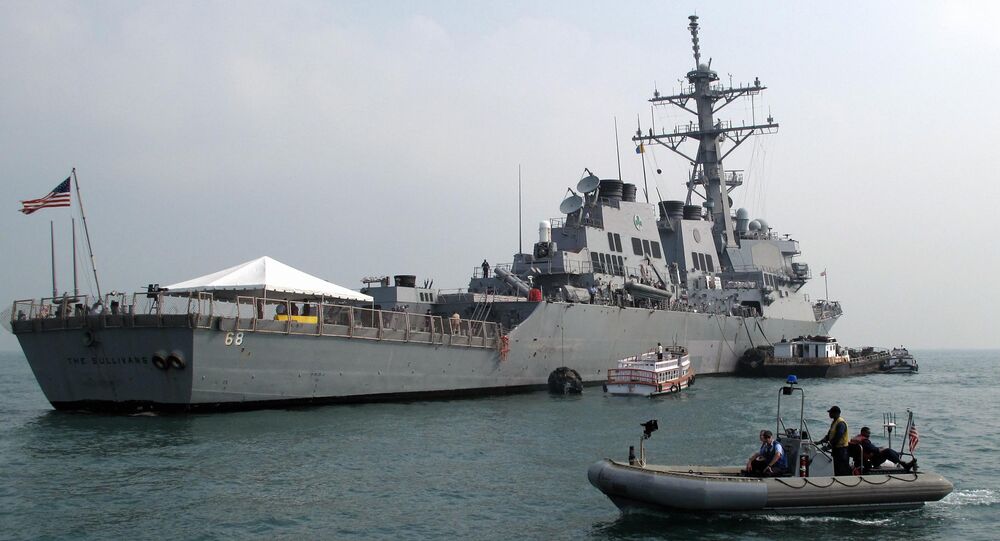 WASHINGTON (Sputnik) – The United States and its international partners will respond swiftly to any verified chemical weapons use in Syria and urges Russia to make the point clear to the Syrian government, Department of State spokesperson Heather Nauert said in a press briefing on Tuesday.

National Security Adviser John "Bolton has spoken to his Russian counterparts, the Chairman of the Joint Chiefs of Staff, Chairman [Joseph] Dunford, has as well spoken to his Russian counterparts to make it very clear that the United States government and its partners will respond to any verified chemical weapons use in Idlib or elsewhere in Syria for that matter in a swift and appropriate manner,” Nauert said. “So we would encourage Russia to make this point very clear to Damascus that that will not be tolerated.”

© AP Photo / Remy de la Mauviniere
Macron: France Ready to Conduct New Strikes on Syria if Chemical Weapons Used
She added that the United States would hold also Russia or the Syrian government accountable for any offensive on Idlib or any kind of escalation in that area, especially if such efforts involve the use of chemical weapons.

Russia's Defense Ministry has warned that the leader of the Tahrir al-Sham terrorist group, which is affiliated with the Al-Qaeda-linked Jabhat Nusra terror organization (banned in Russia), is planning a chemical attack against civilians in the Syrian province of Idlib in order to provoke western nations into retaliating against Damascus.

© AP Photo / Hassan Ammar
Syria Never Used And Will Not Use Chemical Weapons - Ambassador to Russia
Russian Ambassador to the United Nations Vassily Nebenzia told reporters on Tuesday that the warning about potential chemical attacks in Syria is based on concrete facts.

Citing reports, Nebenzia said that a number of containers with chlorine were delivered to different cities in the Syrian province of Idlib. He also said unmarked weapons were reportedly transferred to unmarked vehicles.