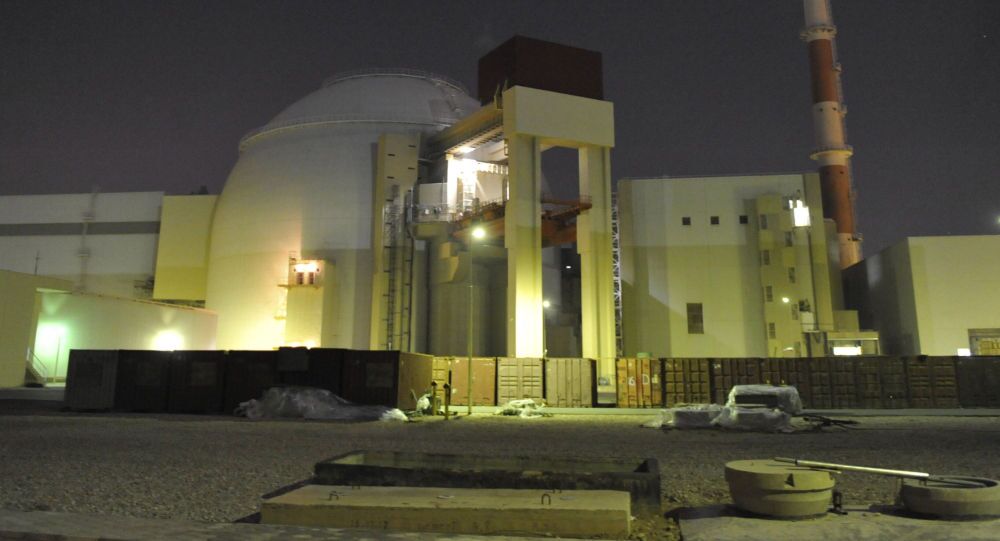 TEHRAN (Sputnik) - Tehran has not received yet a package of proposals from the European Union designed to keep the 2015 Iran nuclear deal in force after the US withdrawal, the Iranian Foreign Ministry said Saturday in a statement.

"Definitely, we will announce and begin examining the package’s content as soon as we receive it," Iranian Foreign Ministry spokesman Bahram Qassemi said, as quoted in the statement.

According to Tehran, the European states are still engaged in the final rounds of talks on the issue.

Iran would adopt an appropriate decision about the proposals and whether or not to remain in the nuclear deal after precisely looking into the European proposals, the statement concluded.

© AFP 2021 / SAUL LOEB
Iran Likely to Become Next North Korea - US Ambassador to UN
On June 23, Iranian Deputy Foreign Minister for Political Affairs Abbas Araghchi said that Iran expected the European parties to the nuclear deal, formally known as the Joint Comprehensive Plan of Action (JCPOA), to present their package of measures for the deal's preservation by July. Previously, Araghchi said that Tehran might pull out from the JCPOA in the coming weeks unless Europe proved its commitment to the agreement.

READ MORE: Not a Single Asian State Will Rush to Join US Sanctions on Iran — Scholar

The situation around the agreement escalated in May, when the US President Donald Trump announced that Washington would exit the JCPOA, signed in 2015 in Vienna by Iran, the European Union, China, France, Russia, the United Kingdom, the United States, and Germany. In addition, Trump decided to reinstate sanctions on Iran, previously lifted under the agreement in exchange for Tehran maintaining a peaceful nuclear program. The US unilateral move has been opposed by other signatories to the deal.