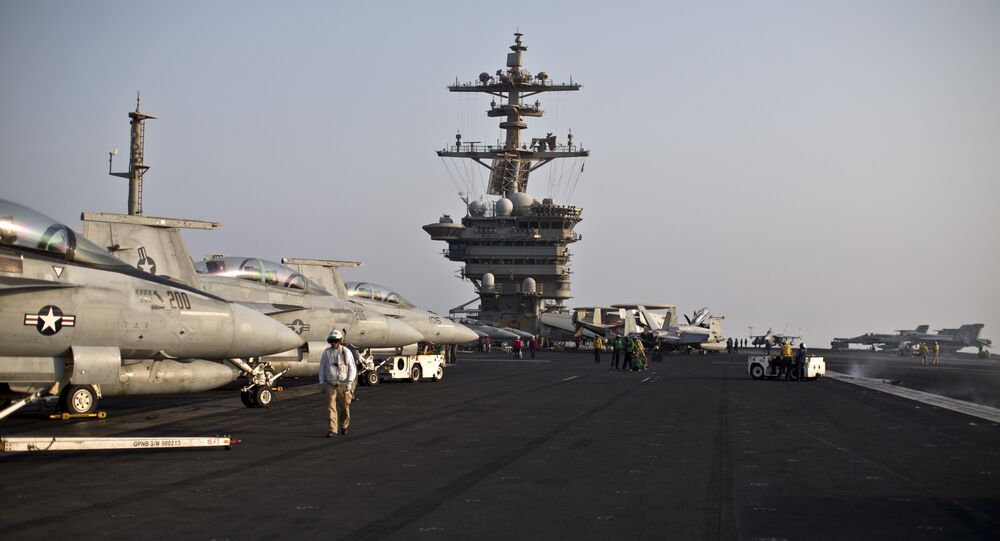 The multisided conflict in Syria has drawn in numerous foreign powers, with some deploying forces to fight terrorism, while others have attempted to prop up local proxies to serve their interests.

Discussing the US' military role in Syria on Monday, American ex-Congressman Ron Paul identified which parties had played the largest role in defeating terrorist groups throughout the Arab Republic, and said the US should withdraw its troops.

“The real hypocrisy comes in our justification: We’re there to fight for our constitution, our liberties, and get rid of al-Qaeda* (and Daesh*), because al-Qaeda is the threat. But there’s no evidence that we ever did anything – al-Qaeda is losing but it was in spite of us. There’s no evidence we ever did much – it was the Russians and Assad who bought it to the point where we’re just about ready to get rid of al-Qaeda,” he said.

Explaining the difference between Russia’s military campaign in Syria and the US’ intervention, the ex-congressman said “First off, our government has no authority to be there. Another thing is it [Syria] is 6,000 miles away from home, there’s no threat to our security, our constitution, or our liberties. And we weren’t invited to be in there.”

“But on the other hand, it’s close to Russia, Russia has a base there, they were invited in, and Russia is fighting al-Qaeda. And yet, that information never gets out.”

Mr. Paul’s comments were made shortly after an alleged US airstrike targeted the Syrian Army in the oil-rich province of Deir ez-Zor on June 18.

Government forces liberated much of the province from Daesh terrorist earlier this year, and are continuing to battle the remaining pockets of Daesh resistance.

© Sputnik / Nour Molhem
Free Syrian Army, US Preparing Chemical Weapons Provocation in Deir ez-Zor - Russian MoD
US warplanes have attacked Syrian military forces in the province on a number of occasions, most notably in late 2016, when almost 40 airstrikes by the US-led aerial coalition destroyed a Syrian Army base and allowed Daesh forces to seize a strategic nearby mountain.

The Syrian government has repeatedly insisted that this incident is proof of US-Daesh collusion, while Washington has claimed the assault was unintentional.