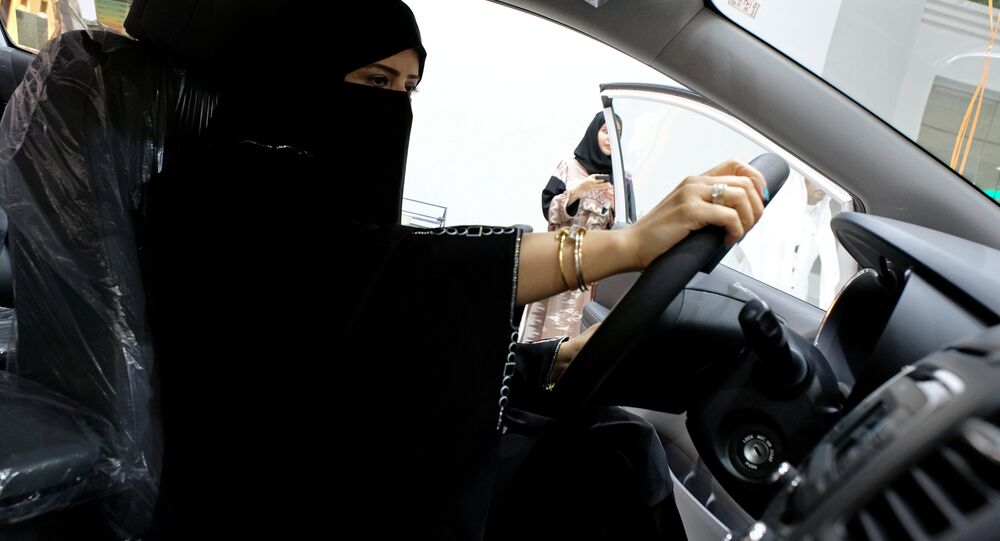 Vogue Arabia's June edition features Princess Hayfa bint Abdullah al-Saud behind the wheel, wearing leather gloves and stilettos, with a desert outside Jeddah in the background.

The magazine issue, which celebrates the country's ongoing reforms and "trailblazing women of Saudi Arabia", has come out notably in the run-up to the largely conservative kingdom lifting a driving ban on women and strictly after the arrests of a number of long-term women’s rights activists struggling to weaken male rule in the country.

Speaking in an interview with the fashion magazine, Princess Hayfa cited "a number of conservatives" in the country who fear change. "For many, it’s all they have known," she added.

"Personally, I support these changes with great enthusiasm," the princess stated.

However, there were users who blasted the image, bringing up the issue of the activists’ arrests in May, although a number of them were released shortly thereafter. Pointing to the crackdown as a clear cue to the limits that the crown prince’s reforms may potentially have, they edited the Vogue image, placing the detained activists’ faces over the princess’s image.

We strongly felt the need to correct the cover of the june- issue of vogue. Women are still minors in Saudi Arabia and the women fighting the hardest for women driving are currently imprisoned. #malguardianshiphell #FreeSaudiActivists #vogue #Feminism #metoo @voguemagazine pic.twitter.com/MqS10ywtIw

.@Amnesty_Norge protesting against recent arrests of women drivers in #SaudiArabia outside embassy. Same month as @voguemagazine put the King’s daughter on one of its covers, while she is behind the wheels. #ANewSaudiArabia #Women2Drive #Beep4Freedom #MBS pic.twitter.com/JeVcicZBJ8

People criticized a Vogue Arabia cover that features a Saudi princess behind the wheel of a car, after women rights activists in Saudi Arabia were jailed for doing the same thing: pic.twitter.com/dvyWDOinPF

"You should be ashamed of yourselves! What has this woman done to help? Nothing! Let’s see her use her power to free these activists from jail, THEN you can put her on a cover," said Instagram user in a heartfelt comment.

The kingdom has lately embarked on an all-embracing social reform program, in the framework of  "Vision 2030," famously introduced by Crown Prince Mohammed bin Salman; in line with it, he recently conducted a global tour aimed at reshaping Saudi Arabia’s austere image abroad.

Most importantly, the country, at long last, is set to formally allow women to drive on June 24. Separately, it has curbed previously overwhelming religious policing, as well as lifted a 35-year-long ban on national movie theatres.

In a bid to revive the nation’s cultural life and entertainment sector, the kingdom's General Entertainment Authority said in February that it would stage more than 5,000 festivals and concerts this year, roughly twice as many as in 2017. There were also reports about a staggering $64 billion investment due to be pumped into the social sphere in the next three years.

'Bahrain Has Almost Turned Into a US, Saudi Colony' - Former UK Envoy