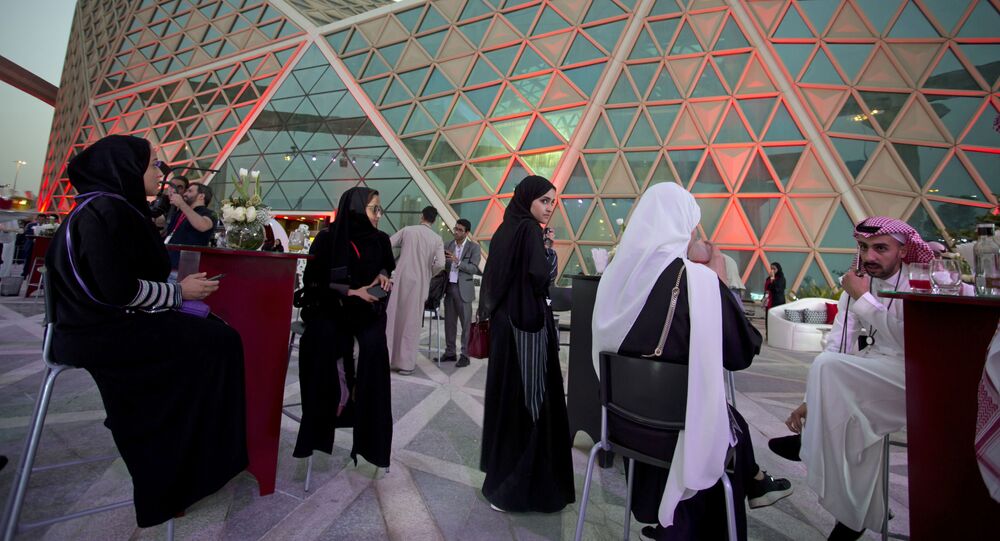 The grand opening was overseen by the Saudi Development and Investment Entertainment Company (DIEC) together with the largest movie exhibition company in the US, AMC Entertainment, which had organized a red carpet gala before the guests could watch Marvel’s superhero movie “Black Panther” on the big screen in a 450-seat hall in the King Abdullah Financial District in Riyadh.

“The return of cinemas to Saudi Arabia marks an important moment in the Kingdom’s modern day history and cultural life, as well as in the development of the Kingdom’s entertainment industry. Today, we mark a major step in fulfilling our commitment to improving the lives of all in the Kingdom, a key pillar of Vision 2030. Cinema has always played an important role in bringing cultures together and Saudi Arabia is ready to play its part,” Saudi Minister of Culture and Information Awwad Alawwad said.

While the Ministry of Culture and Information highly praised the historic opening, some religious clerics with conservative leanings consider foreign movies and cinema as a whole inconsistent with Islam.

Social media is practically bursting at the seams with pictures from the grand movie theater opening in Riyadh:

Arrivals and the check-in desk for the first cinema to open in #Saudi Arabia! The invite-only private screening is for Black Panther. pic.twitter.com/QMUh6gu1il

Good to see that my buddy Michael Douglas is in that Hollywood poster opening night first cinema in Saudi Arabia with #BlackPanther #SaudiArabia pic.twitter.com/FTV1gAGGHj

One social media user couldn’t help but imagine how modern cinemas in conservative Saudi Arabia would actually look like:

LOOOOL twitter remains undefeated 😂😂apparently this is how Saudi Arabia cinemas are gonna be now that the cinema ban has been lifted😭😭 pic.twitter.com/PJSZCyR49h

The move comes as part of the Crown Prince’s Vision 2030 program, aimed at the modernization of the Kingdom’s society through all-encompassing reforms in multiple spheres, including entertainment and sports, which opens wide opportunities for women, too.