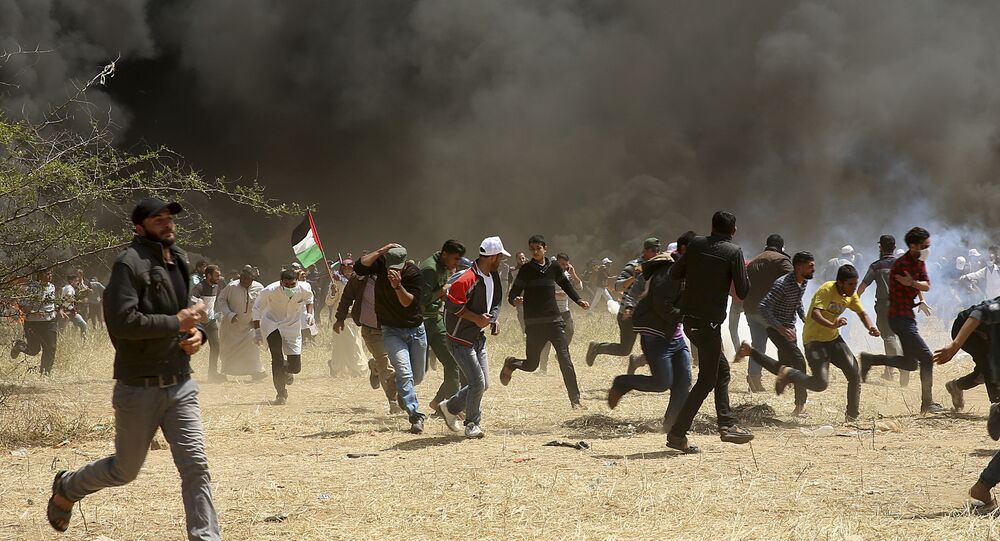 MOSCOW (Sputnik) - More than 250 children have been shot with live bullets since the end of March in the Gaza Strip following the escalation of protests in the area, the international aid organization Save the Children said in a statement on Friday.

"Hundreds of children, some as young as eight years old, have been shot by live ammunition in the Gaza protests, an analysis by Save the Children has shown. Out of more than 500 detailed injuries in children, at least 250 (some 50 percent) were hit with live bullets," the statement said, adding that about 8,000 people were injured in the clashes since March 30.

© REUTERS / Amir Cohen
'Like a Tiger': Hamas Leader Vows Strong Protests at Gaza Rally
Since March 30, Palestinians have been holding mass rallies near the Gaza Strip border, known as the Great March of Return. The demonstrators claim the right of return for Palestinians displaced during the war after Israel's creation in 1948. The Israeli military has repeatedly used force against the demonstrators in order to suppress the protests.

The charity added that the list of victims included over 4,100 hospitalized people and over 2,000 people wounded with live ammunition.

According to the statement, the conclusions of the charity have been made on the ground of figures gathered by the Palestinian Ministry of Health.