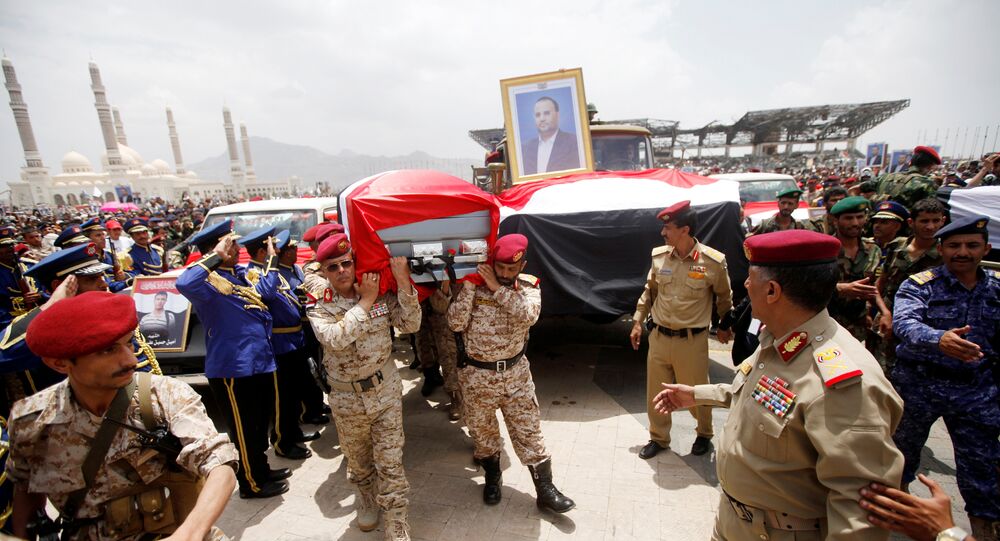 The head of Yemen's Supreme Political Council and one of the leaders of the Ansar Allah group, Saleh Sammad, was killed last week in the Yemeni province of Hodeida by an airstrike carried out by a Saudi-led coalition.

The funeral of al-Samad was held in al-Sabeen square and attended by high-ranking Houthi officials, including the late leader's successor, Mahdi al-Mashat.

Earlier in the day, the coalition hit a rebel camp in Sanaa, Yemen's capital, killing several Houthi leaders, among whom was Abdul Hakim al-Khaiwani, a senior military figure who ranks 36th on the Saudi wanted list.

The Saudi-led coalition has been at war with Houthi rebels since March 2015 when the latter, allied with former President Ali Abdullah Saleh, began to clash with Mansur Hadi's internationally recognized government. The coalition conducts airstrikes in the region upon Hadi's request in a bid to defeat the Houthis and restore his control over the country.

Yemen VIDEO: Truck Speeds Up to Avoid Being Hit by Houthi ATGM