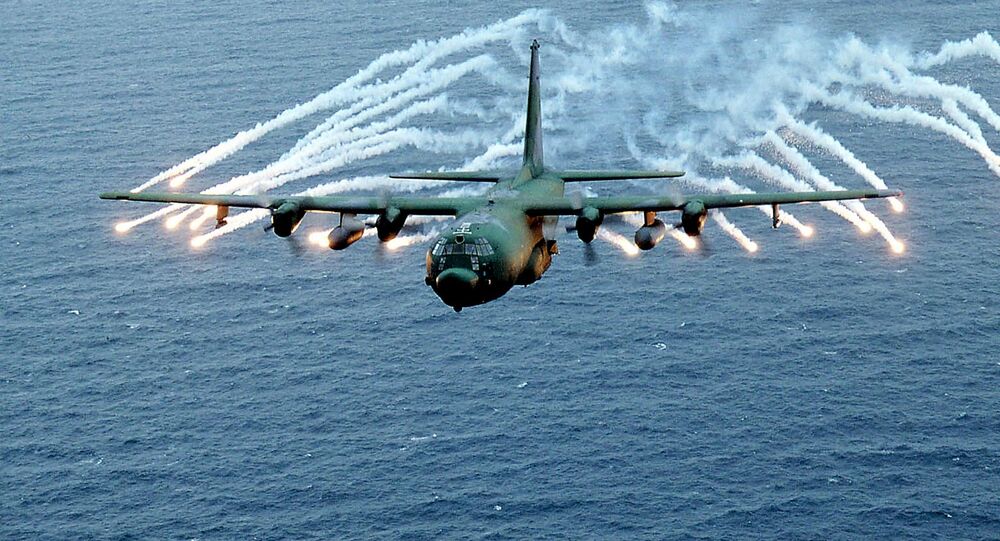 In a speech at the US Geospatial Intelligence Foundation’s 2018 GEOINT Symposium, the head of the US Special Operations Command, Gen. Raymond Thomas, said that the American Air Force had faced challenges in Syria – its AC-130 gunships and communication links had been disrupted due to electronic warfare (EW) attacks.

“Right now in Syria, we’re in the most aggressive EW environment on the planet from our adversaries. They’re testing us every day, knocking our communications down, disabling our AC-130s, etcetera,” Thomas said, as cited by The Drive.

Even though Thomas did not specify the opponents, the news website suggested that it was “almost certainly Russian or Russian-support forces” that perpetrated the non-kinetic attacks on American military activities in the region.

The Drive attempted to explain to its readers the perils EW may bear: an adversary “jamming” AC-130 crews’ communications systems or links could jeopardize US special operators and conventional forces, as well as innocent civilians passing by, as the gunships are dependent on those systems, which help them identify targets and coordinate attacks.

© AFP 2020 / Bonny Schoonakker
Russia Denies Reports About Blocking Signals From US Drones in Syria
Earlier this month, the NBC channel reported, citing unnamed US officials that Russia had started blocking American drones after a “series of alleged chemical attacks on civilians in Eastern Ghouta.” The Russian military allegedly was concerned that the US army would retaliate for the chemical incidents and began jamming the GPS systems of the unmanned aerial vehicles in the area.

In response to the claims, Deputy Chairman of the Russian Federation Council Committee on Defense and Security Yevgeny Serebrennikov denied the reports, denouncing them as “fake information from American media.”

On April 8, the Russian Foreign Ministry warned the United States against targeting Syrian areas where Russian servicemen were deployed, while responding to the reports of potential strikes on the war-ravaged country as retaliation for an alleged use of chemical weapons by Syrian government forces in the city of Douma.

"It is necessary to warn once again that military intervention under far-fetched and fabricated pretexts in Syria, where the Russian servicemen are deployed at the request of the legitimate government, is absolutely unacceptable and might lead to very severe consequences," the ministry's statement read.

Since September 2014, the United States and its allies have been carrying out a campaign against what they describe as Daesh* targets, without a UN mandate or the Syrian government's authorization; Damascus has consistently slammed the Washington-led military operation as illegal. A year later, Russia launched a military operation against terrorist groups in Syria following an official request from President Bashar al-Assad.