The Israeli forces have responded to the recently clashes on the Israeli-Gaza border with live fire, rubber-coated steel pellets, and tear gas, reportedly leaving 15 Palestinians dead and more than 750 injured.

The Israeli authorities have vowed to step up their response measures, if clashes on the country's border with Gaza continue, the Associated Press said Saturday, citing the chief military spokesman. 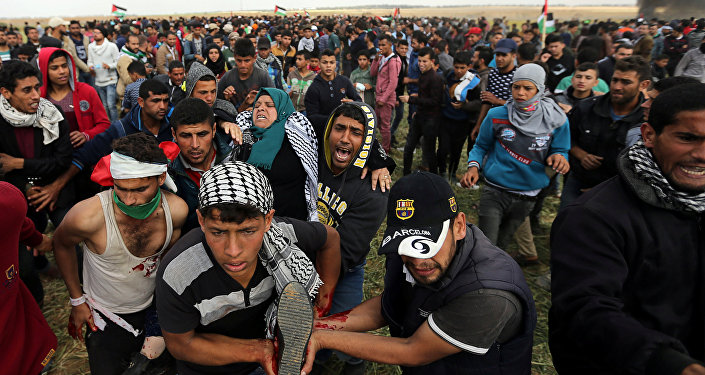 © REUTERS / Ibraheem Abu Mustafa
'The Great Return March': Thousands of Palestinians Protest in Gaza Strip
According to the Palestinian health authorities, 15 Palestinians have been killed, while more than 750 injured, which makes the current event one of the bloodiest since the 2014 cross-border war between Israel and Hamas.