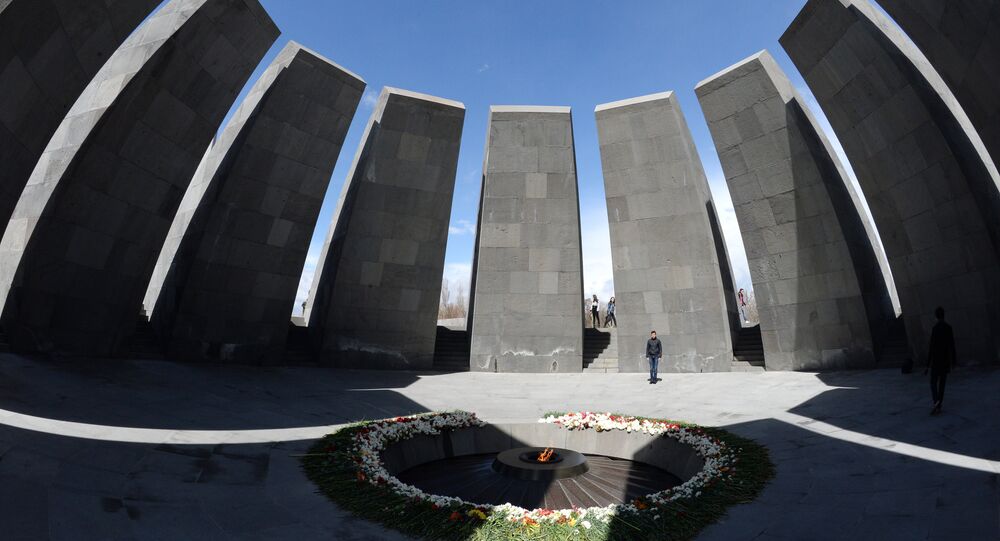 The Knesset on Wednesday voted against a draft law implying the recognition of the genocide of Armenians in the Ottoman Empire, Israeli media reported Wednesday.

According to the Jerusalem Post newspaper, the legislative body rejected the bill proposed by the Yesh Atid party.

The media outlet added that Yesh Atid chairman Yair Lapid stressed that Israel should recognize the genocide of Armenians, as the Jewish people had also survived a similar calamity, the Holocaust.

© REUTERS / Fabrizio Bensch
Germany Recognizes Need to Keep Memory of Armenia Genocide Alive
According to different estimates, over million of Armenians were killed or starved to death by the Ottoman Empire during and after World War I.

Turkey has repeatedly denied accusations of committing mass murder of Armenians, claiming that the victims of the tragedy were both Turks and Armenians.