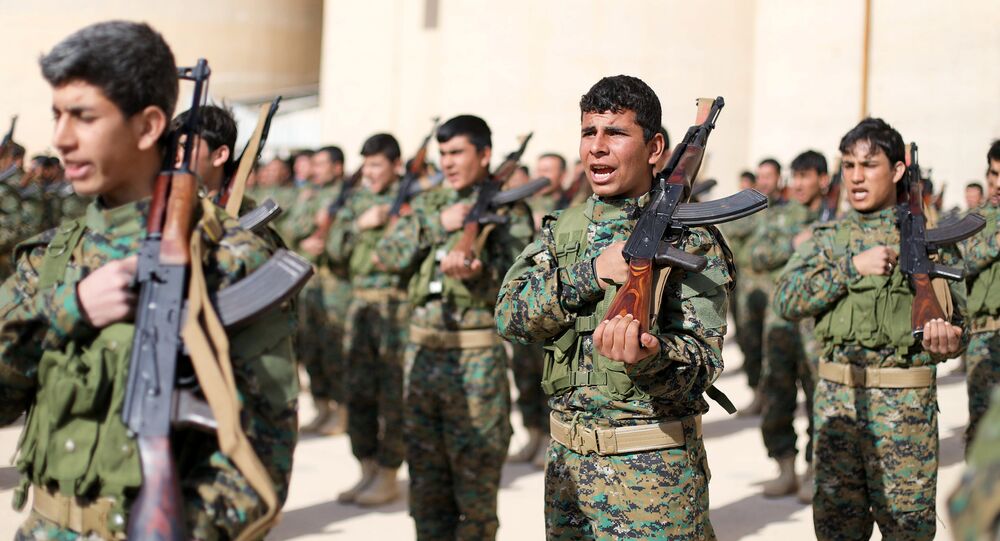 The Turkish military launched the military operation in Syria's Afrin on Saturday after the United States announced their plans to establish security forces consisting of Kurdish militants in Syria in the vicinity of the Turkish borders.

On Wednesday, Turkish Foreign Minister Mevlut Cavusoglu said the US State Secretary proposed to establish a 30-kilometer security area in the north of Syria in order to avoid possible clashes between the militaries of the US and Turkey, according to Turkish NTV channel.

Cavusoglu, who discussed the situation in Syria with Tillerson on the phone, said he called for the end of the US support for the Kurdish People's Protection Units, also known as YPG, in Syria. He pointed out that the "United States does not want to face Turkey in the north of Syria" amid Operation Olive Branch, according to the report.

© AFP 2021 / DPA / BERND WUESTNECK
Number of Suspected War Criminals Spikes in Sweden Amid Mass Migration
The phone talk follows the reports of Turkish tanks entering the Syrian province of Aleppo. A source in Idlib told Sputnik later that Ankara had sent a military convoy to Aleppo and Idlib to set up the monitoring checkpoints to observe the situation in the de-escalation zones.

Also on Wednesday, Turkish President Recep Tayyip Erdogan said that Ankara would not limit its military actions to Syria's Afrin district, saying the Turkish forces will "thwart games" on its borders. He said that the operation will be continued in Manbij.

Ankara launched Operation Olive Branch on Saturday after the US stated it was going to create a security force in the north of Syria, which would largely consist of militants from the Kurdish armed organizations, such as People's Protection Units (YPG). The news prompted rage in Ankara, with the president promising to "nip in the bud" those forces.