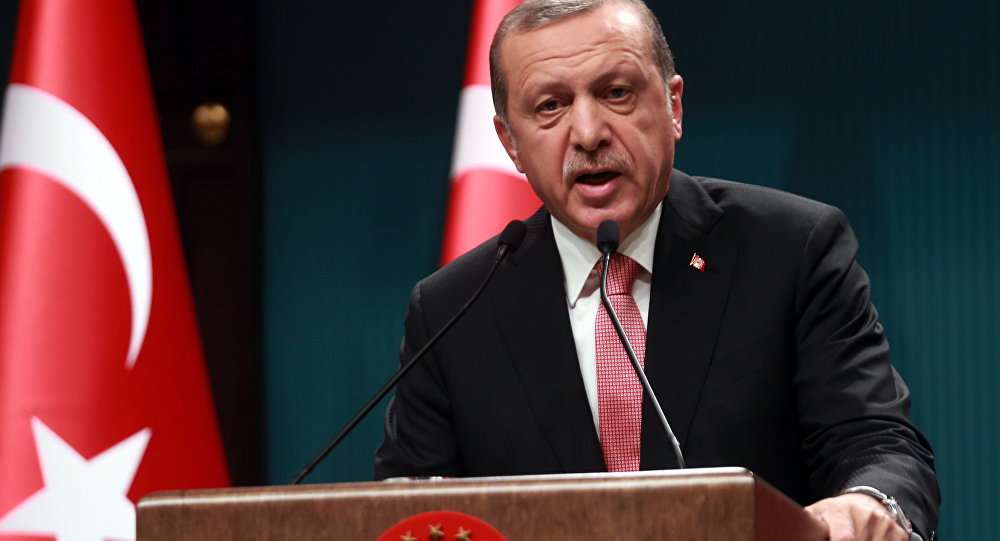 The National Security Council of Turkey stated that Ankara is going to take all necessary measures, preventing the creation of "US border security forces" in Syria.

"Turkey will not allow the creation of a terrorist corridor along its borders, as well as a terrorist army. All necessary measures will be taken in this regard. All weaponry that has been delivered to the terrorist organization — the self-defense forces of the Syrian Kurds — must be immediately collected and retrieved," the council said in a statement.

The coalition led by the United States earlier launched in Syria the creation of so-called "security border forces" in cooperation with the Syrian Democratic Forces (SDF). The SDF was formed with the active support of the United States in 2015. Formations consisting mainly of Syrian Kurds, received weapons from the US coalition.

The statement notes that Turkey is disappointed with the arming of the Syrian Kurds, which is carried out by its NATO ally the United States.

Turkey's harsh reaction is due to the fact that the "border security forces" will be based on the armed formations of Syrian Kurds, whom Ankara considers a terrorist organization.

Turkey's National Security Council recommended on Wednesday to extend for another three months the state of emergency that had been introduced following the failed state coup in July 2016.

The emergency regime was introduced in Turkey after the coup attempt in July 2016 for a period of three months. It was renewed five times for three months by a government decision approved by the parliament. The Turkish opposition, as well as a number of EU leaders, criticized the extension of the state of emergency, as this, in their view, threatens the rights and freedoms of citizens.

The meeting was chaired by the President of the country Tayyip Erdogan.