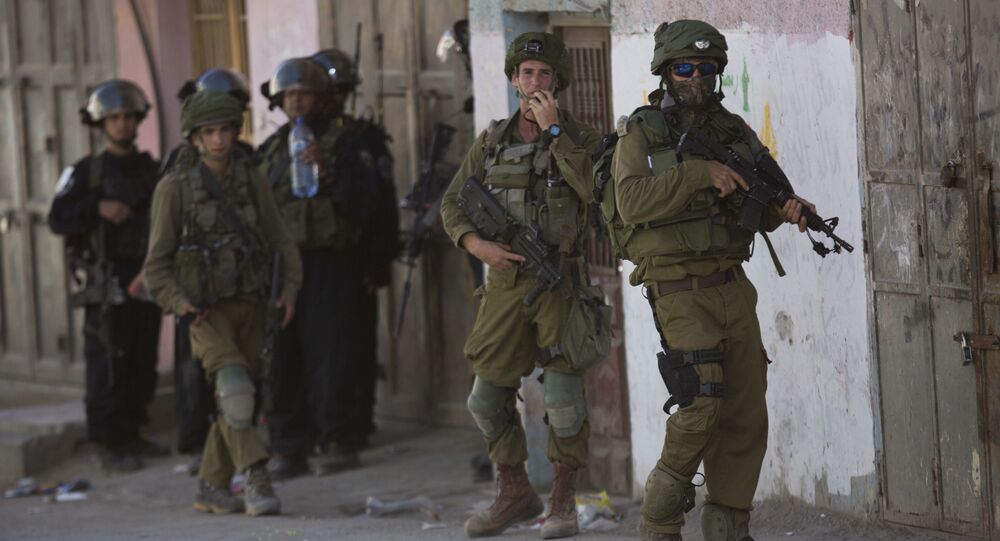 "It must be noted that the number of terrorist attacks has decreased this year compared to 2016, while the number of prevented attacks has increased. This year we have prevented 400 attacks, including 13 suicide bombings," Argaman said at the meeting of the parliamentary foreign affairs and defense committee.

​Argaman noted that the number of attacks by so-called lone wolves also decreased this year, falling from 108 attacks to 54.

He added that the security situation though remained rather complicated, in particular in the Gaza Strip and in the West Bank.

© REUTERS / Goran Tomasevic
Kremlin: Russia, US Can't Resolve Conflict for Israel and Palestine, But Can Be Mediators
According to the information, provided by the Israel Security Agency, the terrorist activity was on rise in Israel in November. As many as 84 attacks were perpetrated in Israel in November, showing a growth of 16 percent, compared to October.

The majority of the attacks have been carried out in Judea and Samaria Area, 53 attacks, another 29 attacks occurred in Jerusalem, while only one attack was recorded in the Gaza Strip.