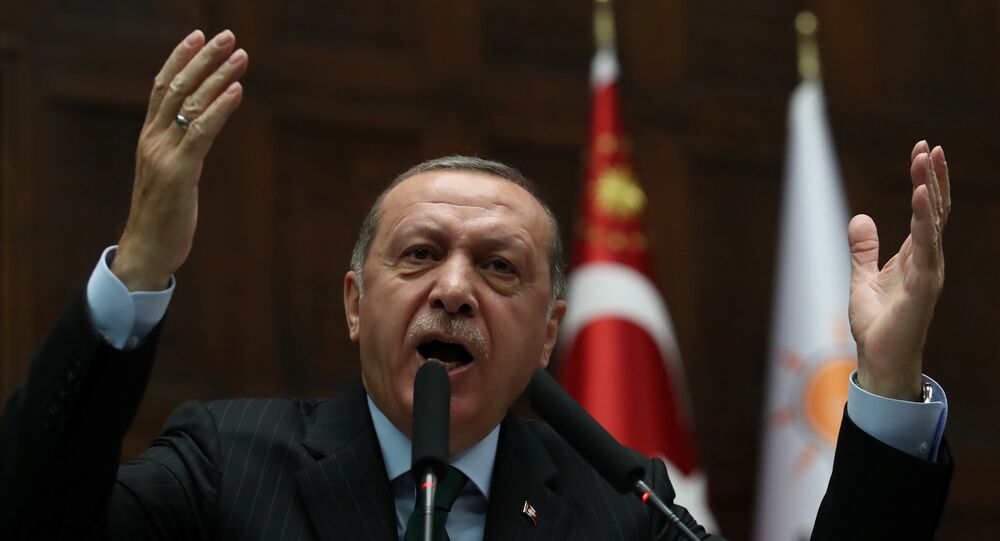 Turkish President Recep Tayyip Erdogan refused to cave to Washington's threat to cut aid to countries that vote against the US over its Jerusalem move at the UN General Assembly, saying that he expects the world to teach Washington "a very good lesson" over its decision to recognize the city as Israel's capital.

© REUTERS / Amir Cohen
Netanyahu Scolds UN, Calls It a 'House of Lies' Ahead of Jerusalem Vote (VIDEO)
Speaking at a cabinet meeting in Washington on Wednesday, Trump vowed to cut US aid to any nation that votes against the US. The president complained that some of the US's partners receive hundreds of millions or even billions of dollars, "and then they vote against us at the Security Council or…potentially, at the Assembly…Well, we're watching those votes. Let them vote against us; we'll save a lot. We don't care," he said.

© Sputnik / Issam Al-Rimawi
Third Palestinian Woman Arrested for Slapping Israeli Soldier (VIDEO)
The UN General Assembly will meet for an emergency session on Thursday to discuss Jerusalem's status. According to UN sources, the body's Palestinian envoy hopes that the Assembly will draft a resolution that urges the US to retreat from its decision.