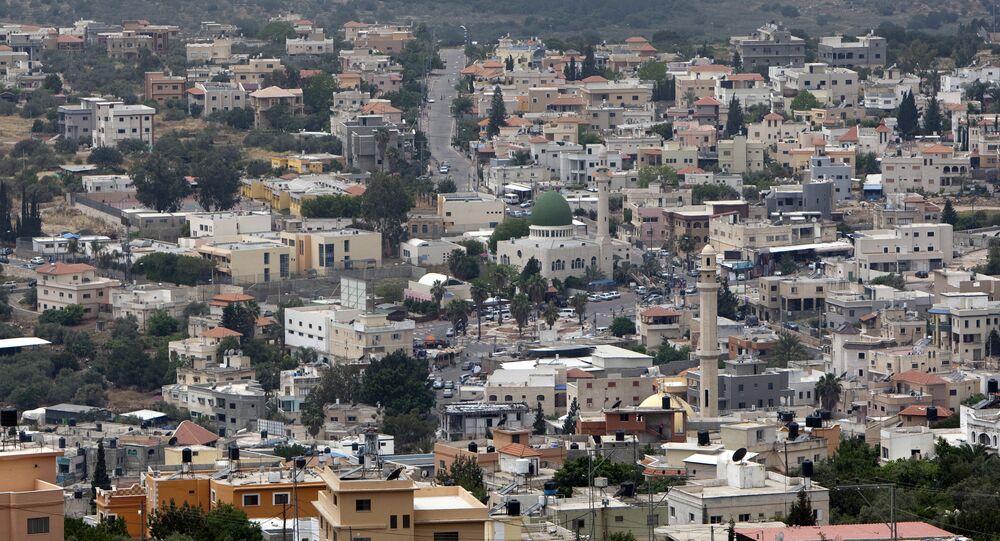 According to the Israeli defense minister, residents of the Jewish state's area populated mostly by Arabs "have no connection with this country."

Israeli Defense Minister Avigdor Lieberman has stated that the Arabs residing in the Wadi Ara region "do not belong" to the Jewish state and called for a boycott.

"They should understand that they are not wanted here, they are not part of us," the minister told the Army Radio.

Commenting on Saturday's protests in the region over US President Donald Trump's decision to recognize Jerusalem as the Jewish state's capital, Lieberman said that Wadi Ara residents "have no connection with this country," adding that the riots are "intolerable."

"So I am calling for a boycott of Wadi Ara. Don’t go there and don’t buy there. They need to understand that it is impossible to demonstrate with Hezbollah flags, Palestinian flags and pictures of [Hezbollah leader Hassan] Nasrallah. To accept billions from the National Insurance [Institute] and to also destroy us from within," he said.

The statements referred to protests along Route 65, when demonstrators threw rocks at car and a bus, injuring three, while about 200 people blocked the main highway in the Wadi Ara, an area in Israel populated mainly by Arab citizens of Israel.

READ MORE: Palestinian FM Believes US Can No Longer Be Mediator in Peace Settlement

© AP Photo / Richard Drew
Just Say No: UN Rejects White House Recognition of Jerusalem as Israeli Capital
Saturday also saw protests in eastern Jerusalem, Bethlehem and areas on the Israeli-Palestinian border, with at least 140 Palestinians being injured in clashes with Israeli police, according to the Red Crescent.

The protests followed the so-called "day of rage" mass rallies on Friday that have resulted in two deaths and injured over 1,000 others.

Following Trump's controversial announcement generally criticized by the international community, a number of protests were held in Muslim countries that have slammed the move as destabilizing the situation in the Middle East.