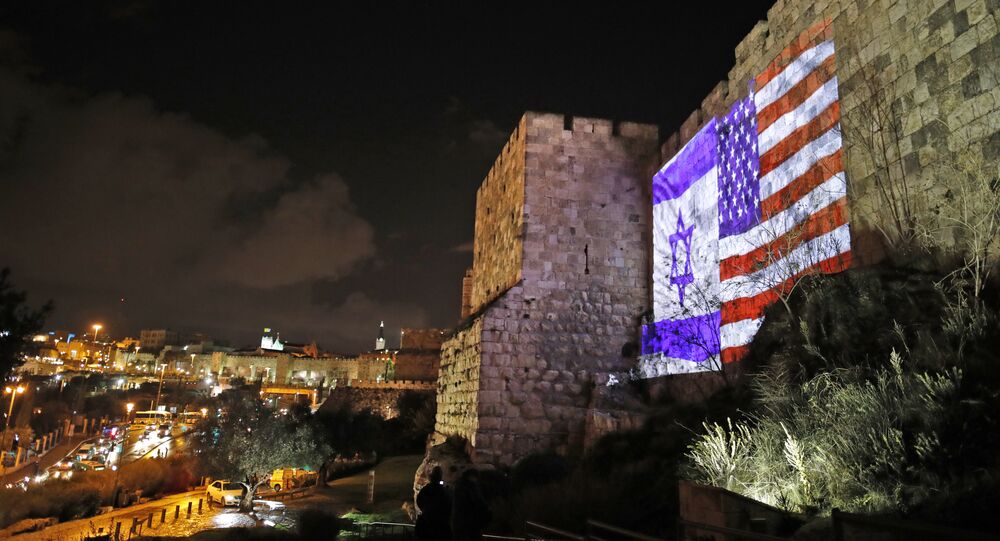 Possible Motives Behind Trump's Recognition of Jerusalem as Israel's Capital

The recognition of Jerusalem as the capital of the state of Israel has sparked outrage in the Arab world and has also been widely criticized in the US and around the world. Scholars, however, argue that Trump’s decision is not difficult to explain.

For Martyn Indyk, former US ambassador to Israel, the motive behind Trump’s decision is purely domestic.

"It was an appeal to his evangelical Christian base, pure and simple," Indyk, who is now the executive president of the Brookings Institution, told Deutsche Welle.

His assumption was shared by Steven Spiegel, director of the Center for Middle East Development at the University of California, Los Angeles, who said Trump’s move was aimed at pleasing his conservative Christian and Jewish supporters.

Spiegel, however, pointed out there is a non-political factor behind the move and that is Trump’s inclination to shake things up.

"Shaking things up, coming up with a better idea – sure, but this wasn't weighted to do that, especially if you are not going to mention that East Jerusalem will be the Palestinian capital," the scholar said.

Both scholars also disagreed with Trump’s decision, especially because it is likely to undermine his administration’s efforts in the Middle East.

"His aides tried to make it fit with his peacemaking strategy, but it was too unbalanced to assuage Palestinian anger," Indyk said.

Spiegel, in turn, suggested that Trump’s choice will deal a blow to the peace process in the Middle East and will damage Washington’s reputation.

Challenging US Role in Middle East

"These deplorable and unacceptable measures deliberately undermine all peace efforts, and proclaim that the US is abandoning the role of sponsor of [the] peace process that they have played over the past decade," Abbas said in a televised speech.

© REUTERS / Ibraheem Abu Mustafa
Fatah on Trump's Jerusalem Decision: 'This Man Isn't Qualified to Be President'
Trump recognized Jerusalem as the capital of Israel on Wednesday, saying the initiative was "recognition of reality" and marked "the beginning of a new approach" to the conflict between Israel and Palestine. The move ended Washington’s longtime neutrality on the status of Jerusalem, one of the thorniest issues in the conflict.

Israel seized then Jordanian-controlled East Jerusalem, the Old City along with the entire West Bank, during the Six-Day War in 1967. Both Israel and Palestine claim Jerusalem as their capital. Although Jerusalem was declared the capital of a unified Israel in 1980, this move has never been recognized by any foreign state. The international community favors resolution of the conflict on the basis of an agreement with the Palestinians.