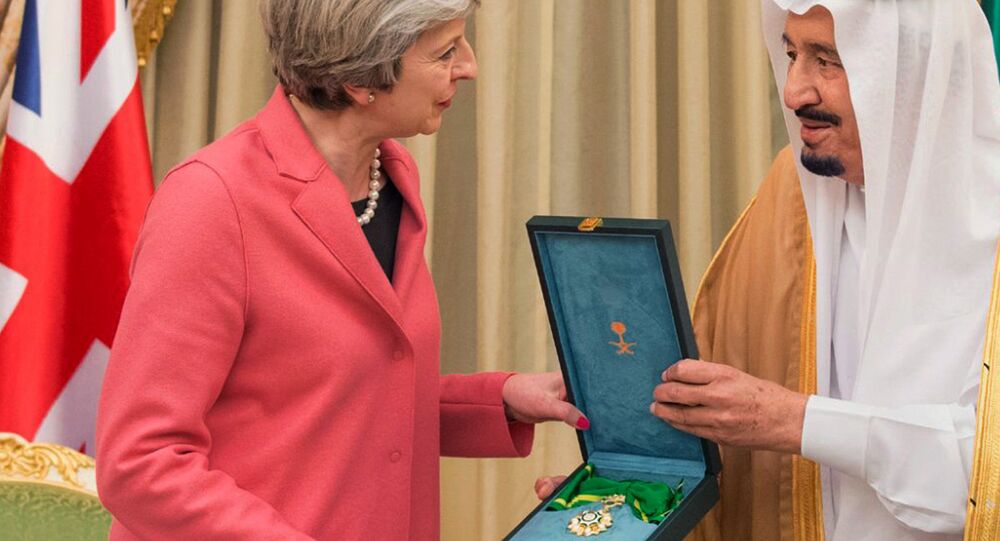 While the US President has recognized Jerusalem as Israel's capital, the UK's own leader passed on joining Donald Trump - not least because the controversial move comes at a time when Britain is delicately trying to build and repair relationships as it extracts itself from the EU.

In a rare break with its American ally, British PM's government has reiterated the UK's longstanding position on the legal status of Jerusalem.

PM: "We disagree with the US decision to move its embassy to Jerusalem and recognise Jerusalem as the Israeli capital before a final status agreement." Full statement: https://t.co/TEPAn7fX2U

Adding it viewed the move as "unhelpful for peace in the region," the Government declared it was not intending to follow suit and move the British embassy to Jerusalem.

In a press-conference the next day where he advocated greater British influence and intervention in the Middle East, Foreign Secretary Boris Johnson said: "The future of Jerusalem must be settled as part of the negotiated settlement between the Israelis and Palestinians."

Not So Special Anymore

© Sputnik / Vladimir Fedorenko
Germany, UK, France Agree Iran Nuclear Deal Should be Preserved - Sigmar Gabriel
Since Donald Trump entered the White House, the UK has been keen to avoid finding itself isolated alongside the US on several issues, joining France and Germany in their efforts to forestall the US President from sinking the Iran nuclear deal.

It also condemned the US withdrawal from the Paris Climate Accords, leaving the United States as the only country to have done so.

"As the global system struggles to adapt, we are confronted by states deliberately flouting — for their own gain — the rules and standards that have secured our collective prosperity and security," Mrs. May said at the United Nations earlier this year.

The UK has become increasingly keen to offset the tensions with the European Union as it navigates an increasingly fraught negotiating process to extract itself from the bloc with minimal economic and political costs.

Since the "Leave" result of the 2016 Brexit referendum, the British Government has been seeking to shore up or revive economic and political partnerships with states and multilateral organizations outside of the European Union.

Of particular interest to May's Government has been the Gulf Cooperation Council (GCC), led by Saudi Arabia, whose member states have invested a large proportion of their oil revenues in the UK, especially in the financial sector.

​The Kingdom of Saudi Arabia's search for an appropriate venue to publicly list its state oil company ARAMCO, expected to be the largest public listing of a company in history, has attracted the attention of London.

The UK government on November 10 extended a loan guarantee of US$2.6 billion (£2 billion) to Saudi Arabia, a move criticized by Shadow Chancellor John McDonnell who suggested the loan could have been intended to entice the Saudi Government to list ARAMCO on the London Stock Exchange.

Trump's recognition of Jerusalem as Israel's capital received a frosty response from Saudi King Salman, despite the Kingdom and other Gulf States' increasingly public warming of relations with Israel due to the shared perceived threat of Iran.

The move has already proven highly inflammatory throughout the Muslim world and especially among Arab states, potentially exposing governments to popular anger if they are seen to have taken insufficient action.

The view of most nations, including Britain, on the status of Jerusalem has historically been represented by the United Nations. In 1947 the newly created organization planned to partition the historic British Mandate of Palestine into separate Jewish and Arab states.

The Holy City and its surrounding villages including Bethlehem, because of their significance to three of the world's major religions, Christianity, Islam and Judaism representing around half the world's population, were designated a "corpum separatum" or "separate body." The city was meant to become internationalized, coming under a special regime preventing any state from claiming ownership of it.

​The plan didn't come to fruition due to the first Arab-Israeli War of 1948 and Jerusalem was divided between the Israeli-held west of the city and the Jordanian controlled east, which included the Old City and all the Holy Places.

Since the end of the Six Day War of 1967 fought between Israel on the one hand and Egypt, Syria and Jordan on the other, the UN General Assembly has viewed Jerusalem as a "final status issue" to be negotiated between the Israelis and the Palestinians, but Israel should first withdraw from the territories it conquered in the West Bank, Golan Heights and Gaza Strip as well as East Jerusalem, according to UN Resolution 242.

The Resolution was itself sponsored and largely authored by the British Ambassador to the UN, Baron Caradon.