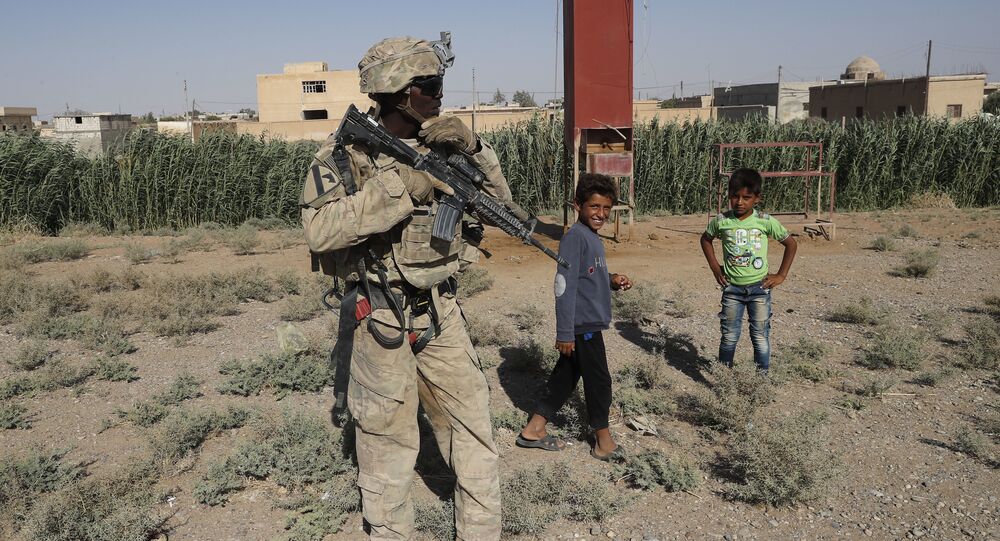 The Syrian Democratic Forces (SDF) welcome the US's ever-increasing presence in Syria, although all this technically constitutes an invasion and has never been condoned by the country's government in Damascus.

Speaking on condition of anonymity, the SDF's senior official said that the US had created a military base in the Syrian city of Raqqa, which was recently liberated from Daesh terrorists.

"The United States is building military bases in the areas freed by our forces from terrorists. We consider it to be the right strategy. Recently, America created a military base at the entrance to the territory of Raqqa, in the Jezra neighborhood," the official said.

© Sputnik / Hikmet Durgun
New Approach, Old Results? US-Led Coalition Launches Train and Equip Program for SDF Fighters in Raqqa (PHOTO)
He explained that the neighborhood was chosen by the Americans because it was slightly damaged during a military operation in Raqqa and can now be seen as the city's safest area.

In addition, there are no mine traps or explosives in Jezra, according to him.

"The base and the adjacent territory are reliably protected by American soldiers. No one, except these soldiers and SDF fighters, has access to the base," the official concluded.

In an interview with Sputnik on Friday, Muhammed Kheir al-Akkam, professor of international relations at the University of Damascus, specifically pointed to the US's "fully coordinated move to replace Daesh with the SDF" in Syria.

Al-Akkam accused the US of paying lip-service to fighting terrorism and financing both Daesh and the SDF. He emphasized that "the US does not want the end of the Syrian war until their goals [there] are achieved."

© REUTERS / Nour Fourat
Raqqa Resident: Daesh 'Killed My Father in the City Center and Made Video'
In another development on Friday, the Russian Reconciliation Center for Syria said that the US had established a military base near the town of At Tanf on the Syria-Iraq border without the Syrian government's permission and banned anyone from coming within 55 kilometers. According to the Center, the base's proximity to the Rukban refugee camp precludes humanitarian access and may be considered a war crime.

On October 20, Washington declared the liberation of Raqqa, Daesh's self-proclaimed capital, from terrorists. US President Donald Trump called the operation to free the city a "critical breakthrough", claiming that a "transition into a new phase" would follow it.