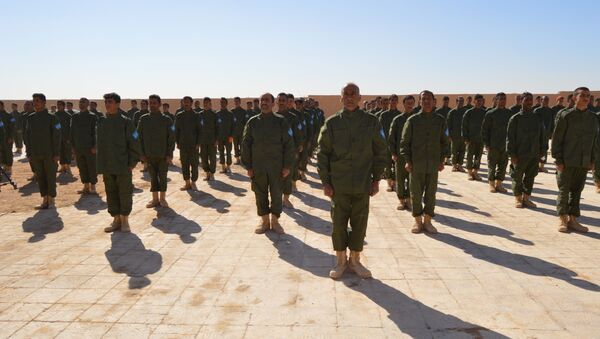 The Syrian Democratic Forces (SDF) is expected to maintain safety and security in the region after the operation to liberate the province from Daesh is accomplished.

The SDF security forces are under command of the Raqqa civil council and mostly comprised of Arabs originating from Raqqa, according to a Sputnik correspondent who visited a training camp in Ein Issa.

The training course takes 10 days and includes mastering weapons, handling skills, practicing actions in the event of unrest and clashes and searching for criminals. After the training is completed, SDF fighters are deployed to the liberated areas of Raqqa for their duties.

"Yesterday, we completed the training of another 150 members for the law enforcement forces, under the coalition-led train and equip program at the Ein Issa training camp. Those trained here will  serve in areas such as Mansura, Tabqa, Sirrin and Ein Issa," İdris Mihemmed, who is responsible for the SDF law enforcement units in Raqqa, told Sputnik Turkey. 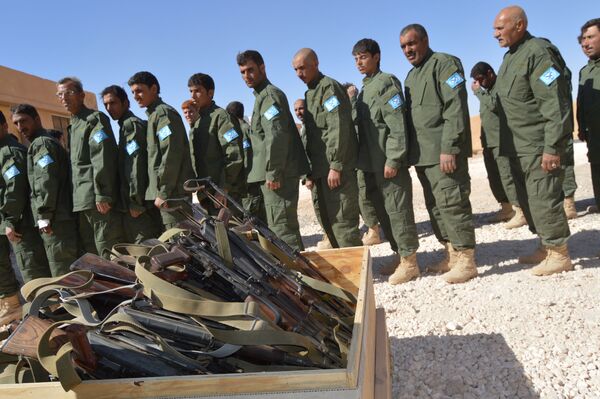 He added that a total of over 2,000 SDF fighters have undergone training in Ein Issa. They are currently on law enforcement missions in different parts of the province. 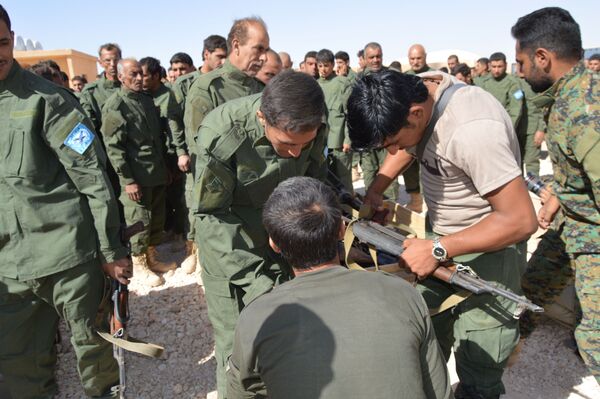 In addition to training assistance, the coalition is also providing the SDF with weapons, military equipment and vehicles. Each member of the security forces receives a monthly payment of $150. 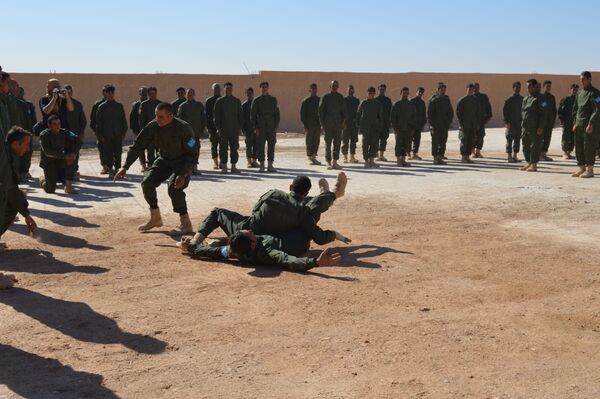 "All weapons supplied to the SDF law enforcement forces are registered," Mihemmed said.

Raqqa was under Daesh control for four years, since 2013. In early June the SDF and the anti-Daesh coalition launched an operation to liberate the "capital" of Daesh’s self-proclaimed caliphate.

On October 20, the SDF announced the full liberation of Raqqa from terrorist militants, which was then confirmed by the US-led coalition. US President Donald Trump called the SDF military gains in the region a "critical breakthrough" and claimed that a "transition into a new phase" would soon be forthcoming.