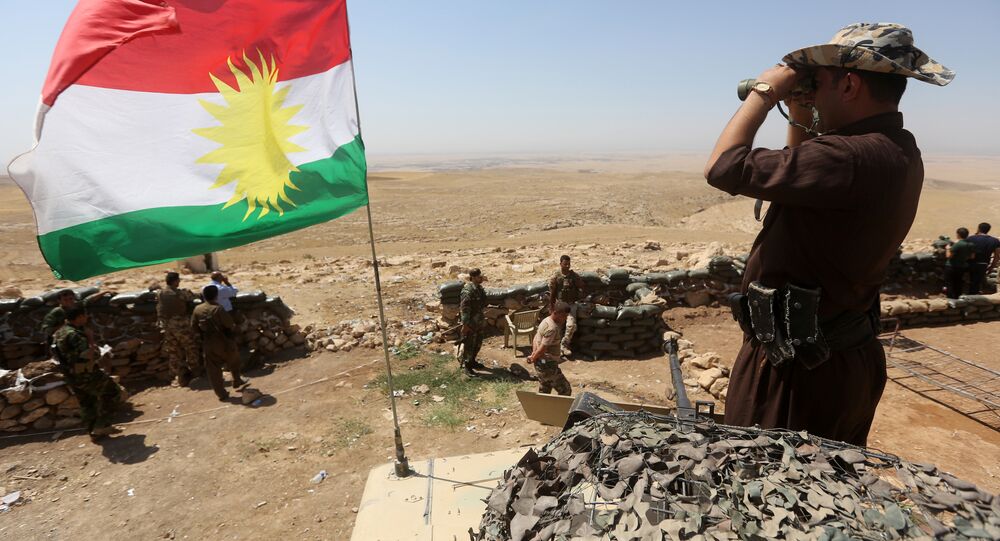 "In my opinion, without doubt, Peshmerga is in the state of combat readiness. We were able to fight the Iraqi army comprising many millions of people, the strongest army in the region at the time, only armed with Kalashnikov rifles. Of course, we are ready to repel [an attack] by whomever," he said.

However, Barzani said he didn't believe Iraqi Kurdistan would be attacked by external forces.

"Perhaps this [statements about the blockade] is connected with elections, with domestic politics in these countries, so they resort to such threats… Now the whole world sees that the Kurds and Peshmerga are not the same as 30 years ago. Therefore, it is not so easy to come and set up a blockade or to fight with us," Barzani said.

Commenting on the vote, Barzani praised Russia's stance on the region's decision to hold an independence referendum from Baghdad. Russian Foreign Minister Sergey Lavrov held talks with his Iraqi counterpart Ibrahim Jaafari last week and expressed hope that the row over the Kurdish independence vote in Iraq would be resolved through dialogue, national accord, and compromise.

"We are grateful for Russia's role, it was the only not to speak out with threats, but rather it declared respect for any opinion of the people. This is right, this is real democracy. It's a noble role, and the whole Kurdish people, which has found itself under such conditions, appreciates this," he stressed.

Moreover, Iraqi Kurdistan believes that it would be able to equip its forces with Russian weapons should it become independent, according to the Peshmerga commander.

© AP Photo / SAFIN HAMED
Iraqi Kurdistan's Security May Be Ensured 'Only Through Independence' From Iraq
“The new government, ministers and military experts will be the ones to determine it, but most likely this will be Russian arms because there is experience and practice in using it,” Barzani said when asked who would become the main arms supplier of Iraqi Kurdistan if it were to become independent.