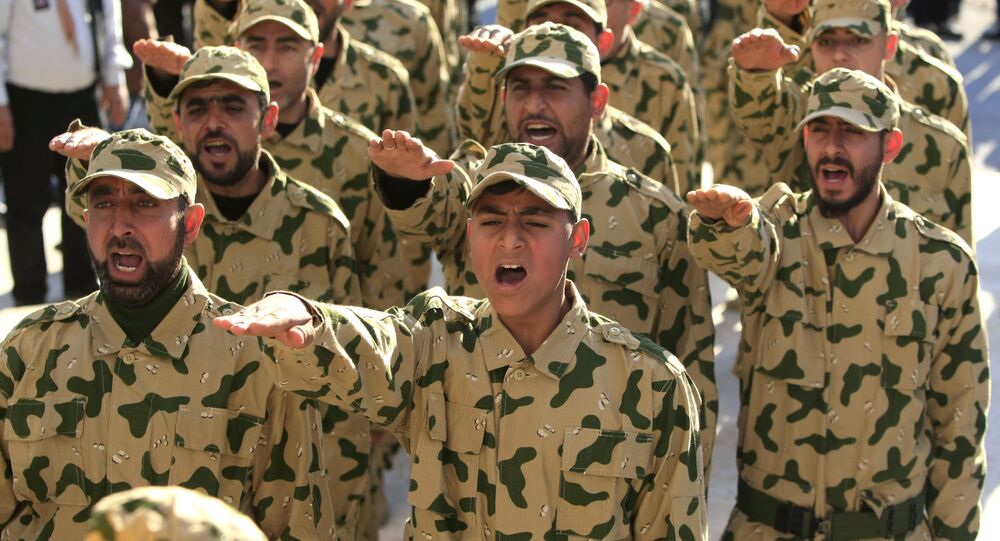 The Lebanese Shiite group, Hezbollah, has been on the receiving end of two Israeli airstrikes in recent weeks, perhaps signalling Israel's intention to challenge the group in open combat once more.

© AFP 2021 / JACK GUEZ
Fire and Forget: Why Israel is Playing Dumb After Aerial Attack on Damascus
Israel has managed to avoid being drawn into the quagmire of the six-year-old Syrian civil war. While Tel Aviv stands accused of carrying out limited strikes in Syria, it has not yet sent in significant ground contingencies or combat units.

There is however, one thing that is widely known regarding Israel's policy vis-a-vis Syria: that it is unremitting in its determination to stop Hezbollah from using its battlefield experience in Syria to open a new front against the Jewish state. Israel's fear is that Lebanon's notorious Shiite militia will bring to the shared border new weapons from Syria — provided by Iran — and battlefield experience.

Israel's concerns are reminiscent of the July 2006 war that it fought with Hezbollah. The war lasted from July 12 to August 14, and killed upward of 1,300 and displaced a million in Lebanon and approximately 500,000 in Israel.

Hezbollah has been mired in the Syrian conflict since its early days, fighting to preserve and longevity of its ally, President Bashar al-Assad. The exact amount of Hezbollah militiamen in Syria remains unknown, but it has confirmed that a significant bulk of its fighters are there, meaning that it would be stretched in any confrontation with Israel.

"It is true that Hezbollah has a large number of its forces based in Syria at the moment. But it would be a mistake to assume that because of this, it will not retaliate against Israeli provocation. Especially if Israel attacked Hezbollah in Lebanon. Don't forget that fighting Israel was, and is, the raison d'etat of Hezbollah. If Israel attacked, but Hezbollah did not respond, this could seriously undermine Hezbollah's popularity at home, and Hezbollah knows this," a source in the Lebanese military told Sputnik.

Over the past six weeks, two Israeli attacks have suggested a shift in Israel's counter-Hezbollah policy at a time when the Trump administration appeared to be taking a more hawkish position toward the Syrian war.

On March 17, Israel carried out an airstrike on site near Palmyra, against which the Syrian military responded with Russian-supplied anti-aircraft missiles. On April 27, Israel struck an arms depot in Damascus where a large cache of Hezbollah weapons were thought to be.

The Israeli Intelligence Minister, Yisrael Katz, said of the second strike that, "the incident in Syria corresponded completely with Israel's policy to act to prevent Iran's smuggling of advanced weapons via Syria to Hezbollah."

While both Israel and Hezbollah have said that they do not want to engage in another war, they have also said that they will not hesitate if the other side attacks.

In April, in a display of resilience, Hezbollah took Lebanese journalists on a tour of the frontier with Israel, allowing photos to be taken of its armed fighters on the border.

When asked if he thinks a conflict could break out following Israel's strikes on Hezbollah targets in Syria, the source from the Lebanese military says that Hezbollah might be playing the waiting game.

"It has been part of Hezbollah's strategy since 2006 to keep Israel guessing. After Israel killed the Hezbollah leader Jihad Mughniyeh in Syria, Hassan Nasrallah spoke about striking against Israel, at any time and any place when they least expect it. I think this strategy of keeping them on their toes will continue for a while. It's a form of deterrence," the source told Sputnik.

Fire and Forget: Why Israel is Playing Dumb After Aerial Attack on Damascus

Hezbollah Gaining Strength From Their Involvement in the Syrian War