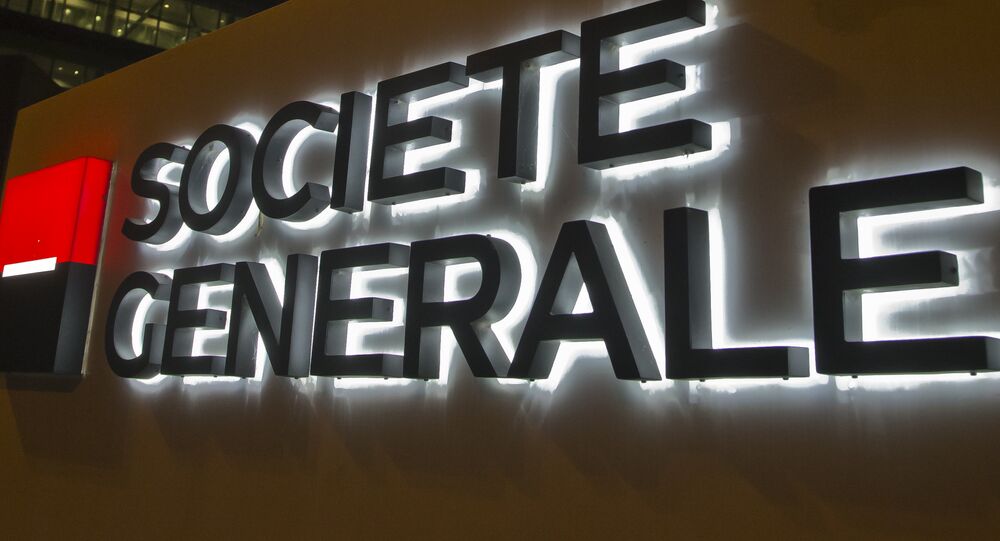 Libya Takes French Multinational to Court Amidst Secrecy and Confusion

Libya's Investment Authority will file a US$1.5 billion lawsuit against French multinational bank, Societe Generale. The case is due to begin on Wednesday, May 3, and follows on the heels of a previously failed lawsuit against US banking giant Goldman Sachs.

The case, being brought to the High Court in London by Libya's Sovereign Investment Fund, also known as the Libyan National Investment Authority, was called "rare" in its level of secrecy by Simon Hart, a lawyer specializing in financial litigation.

The Libyan Investment Authority (LIA) is a US$67 billion oil-wealth fund that was established by former Libyan strongman Muammar Gaddafi.

The Libyan Authority accuses two banking multinationals, in this case the French Societe Generale — but previously Goldman Sachs — of exploiting its vulnerable position during the global financial crisis and after the Libyan civil war that broke out in 2011.

While the Goldman Sachs case was abrogated by the courts in London following a two-month trial in 2016, the SocGen case is due to begin this week. The LIA is chasing down SocGen over five trade transactions totaling US$2.1 billion. The transactions were carried out between 2007 and 2009, before Gaddafi's ouster.

The LIA makes the claim that the trades were carried out as part of what it calls a "fraudulent and corrupt scheme," involving the payment of US$58.5 million by SocGen to a Panamanian-registered company called Lenadia, which was controlled by prominent Libyan businessman Walid Giahmi. Lenaida was made defunct back in 2010.

SocGen hit back at the LIA's allegation by saying that it, "firmly refutes allegations and any claim, calling into question the lawfulness of these investments." Giahmi, who is sitting as a defendant in the suit, argues that he is a legitimate businessman and the charges are baseless.

According to the the testimony of the LIA, Giahmi was acting as a middleman between SocGen and Gaddafi regime associates, namely Saif Al-Gaddafi, the former Libyan leader's son.

Both Goldman Sachs and SocGen were locked in fierce completion for investments from the LIA in 2008. Payments to Giahmi had no real objective, according to SocGen's filings. However, the LIA disputes that they were made with the aim of "influencing the LIA's decision to enter into each and everyone of the disputed trades through the payment of bribes."

The LIA was established in 2006 for the purpose of investing large revenues accumulated from oil sales in order to help grease the wheels of Libya's entry into the system of international finance. Libyan leaders at the time stressed this as imperative for Libyan statecraft, especially following years of economically debilitating sanctions by the US. However, the move very quickly solicited the attention of international investment banks, SocGen being one.

A feature of the post-Gadaffi political scene that has complicated the LIA's trial against SocGen is its factionalism. The leadership of the LIA is contested by both the UN-backed Government of National Accord based in Tripoli, and its rival administration led by Field Marshal Khalifa Haftar, based in the Eastern city of Tobruk. This fratricidal conflict has only but slowed the LIA's preparation for the judicial process.

© AFP 2020 / Mahmud Turkia
Libyan protesters shout slogans during a demonstration against a UN-sponsored agreement on forming a national unity government, on December 11, 2015 in the capital Tripoli.

The case against SocGen comes on the heels of a 2016 summer defeat at the courts for the LIA against US banking giant Goldman Sachs. The LIA tried to net US$1.2 billion from the Wall Street firm in relation to nine equity derivative investments carried out in 2008. During that trial, the LIA argued that Goldman Sachs used "undue influence" and exploited the LIA's lack of experience by coaxing it into entering trade deals. In the end however, the judge ruled in favor of Goldman Sachs, arguing that decision makers on both sides understood the inherent risks of trade.

The case of the Libyan Investment Authority versus Society Generale will take place at the High Court of Justice, starting on the May 3.