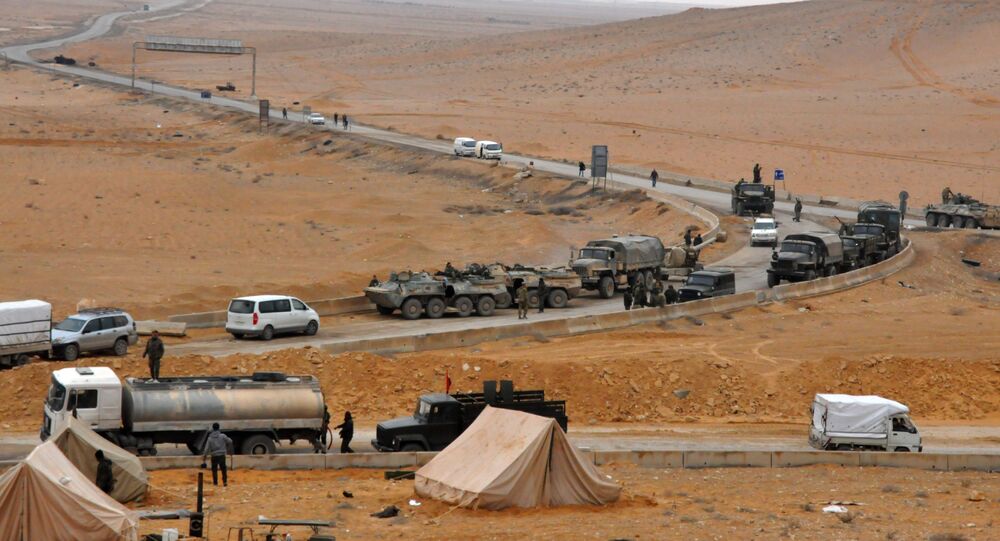 Russia was instrumental in helping the Syrian army retake the ancient city of Palmyra from Daesh, Bashar Jaafari, the head of the Syrian government delegation to the intra-Syria talks in Geneva, said Thursday.

GENEVA (Sputnik) — The Syrian Army regained control over Palmyra earlier on Thursday with support of the Russian aircraft operating in Syria.

"The Russian allies are fighting with us hand in hand against the terrorist groups of Daesh. The residents of Palmyra will come back to it when it is cleared of mines and explosives," Jaafari told reporters.

© AFP 2020 / STR
Full Steam Ahead! Syrian Army in Combative Mood to Kick Daesh Ass After Retaking Palmyra
Less than a year after that the Syrian army supported by the Russian Aerospace Forces managed to liberate Palmyra. Russian specialists demined the historic center as well as residential areas of the city. Russian historians and renovators visited Palmyra in early July 2016 and prepared a report assessing the condition of the damaged sites and costs of the renovation works. However, in December 2016, the city was retaken by jihadists.

Russia Supplies Syrian Civilians With Over 4 Tonnes of Aid